The R Kelly Docu-Series is only the Beginning 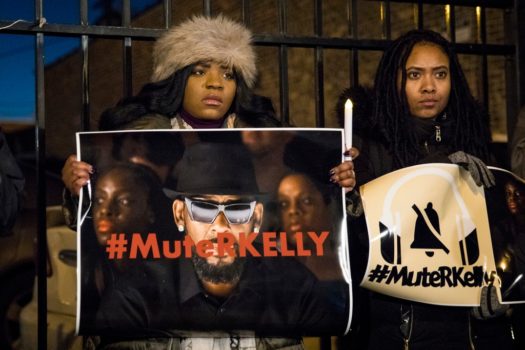 To most of the public- especially African-American communities- R Kelly is a well-known figure. He has had a long-standing career as an R&B hitmaker, creating such memorable tracks as “Ignition Remix” and “Step in the Name of Love.” Throughout his career, however, he has been accused of several crimes involving relations with minors, though he is widely known for his music despite his well-documented crimes. A recent Lifetime docu-series has changed that.

The Lifetime mini-series “Surviving R Kelly” brought six hard-hitting hour-long episodes documenting R Kelly’s life, his crimes, and the experiences of his victims. Throughout his adult life, he used his money and notoriety to attract underage girls into toxic and inappropriate relationships. Former employees and acquaintances document his crimes, from marrying the late R&B singer Aaliyah who was only fifteen at the time to sending his assistants to local high schools to find young girls to bring back to his house.

The series follows the chronological rise of Kelly’s career and the many young girls who alleged crimes against him. Singer-songwriter Sparkle, the aunt of a victim who at fourteen participated in an explicit video with the then-35-year-old Kelly, recalls the experience of testifying in court against Kelly, who after a long, delayed trial was found innocent. Women often faced abuse, manipulation, and control. Other parents of young girls speak out on how, in recent years, R Kelly lured young women into cult-like settings where they were isolated in his house for years, under close watch of his employees.

The film is being talked about all over social media. Some major figures have condemned him and many people have urged streaming services to drop him. Dozens of protesters stood outside of his show with signs urging the public to “#MuteRKelly” and “Protect Black Girls”.On the surface it seems like a kind of reckoning, where what were once considered rumors are now inarguable, documented facts. R Kelly is a criminal, an abuser, and a pedophile. His crimes were against young black women and widely went unpunished, both by the judicial system that failed to convict him and the public that continued to support him. All of his wrongdoings were brought to the light, and you would think that now he can be forgotten and buried. But that’s not the case.

What made the series so controversial was that R Kelly still has millions of die-hard fans and supporters. People continue to defend his innocence, and the release of the documentary only further shows this. Kelly continues to release successful music and perform sold-out shows. Searches for Kelly´s music on YouTube and Apple music doubled. His Instagram followers increased by over 300. On Twitter, people say his personal life shouldn’t be something that stops people from listening to his music, or worse yet say he’s innocent while the young girls are to blame. This is only the tip of the iceberg, considering that even the documentary showed people, especially young women, at his trials supporting him through the proceedings. It makes you wonder what they’re thinking and how they could support someone like that. It shows huge issues with society and how so many people can be conditioned to ignore someone´s devious behavior if he has marketable talent.

The documentary has been instrumental in bringing discussions about sexual abuse. It has brought light to a situation that many people tried to bury. It has brought up questions among peers, among celebrities. What qualifies as separating art from the artist and what qualifies as supporting the artist? Why do so many people doubt the testimonies of survivors? Why are people denying video evidence of his crimes? What role do the parents of the victims play in all this? Why did so many people in the music industry allow the abuse?

But these questions are only the beginning of finding solutions for such a gigantic issue. There are still an innumerable amount of girls that haven’t come forward either out of fear or denial. There are people working loyally for R Kelly, thus being accomplices to his crimes. He is still a multi-million dollar Sony recording artist whose music is still on major streaming services.

Many people were shocked by the fact that he could get away with what he had done, but I can say I´m not. In seeing the reactions of people it is easy to see how easily something can be swept under the rug. R Kelly´s money and power allowed him to get away with these things, but they aren’t the only culprit. We as a society are to blame. So many people will continue to excuse, victim blame, or even blatantly ignore his crimes. So until we can band together and say that we will not support, or even tolerate sexual abusers, he, and people just like him, will continue to thrive.