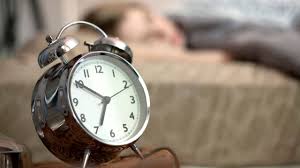 Listen, we’ve all been there before. Six thirty on a Monday morning, rudely awakened by the nauseatingly sweet tones of your phone telling you to wake up. High school students all across the country think the same thought–just ten more minutes. And surprisingly, lawmakers in California listened.

Governor Gavin Newsom signed a bill that wouldn’t allow California high schools to start classes before 8:30 a.m. and wouldn’t allow middle schools to ring the opening bell before 8 a.m. The law does not apply to zero period classes, which are optional.

The logic behind the idea is that teenagers simply need more sleep. According to the National Sleep Foundation, teenagers need eight to ten hours of sleep every night to function at their best. They also tend to fall asleep around 11 p.m., since sleeping and waking times shift to later hours in adolescence. With school starting at eight in the morning, this simply isn’t possible for many students. If a student went to bed at eleven and woke up at six thirty, they would only get seven and a half hours of sleep. Hence, the new law.

The new starting times will have to go into effect by July 1, 2022, or until union contracts expire, whichever comes later. But what does the community think about the new start time?

To find out, I asked three students what they thought about the new bill. The first students I talked to thought it was pointless. They mentioned that kids would just go to bed thirty minutes later instead of getting an extra thirty minutes, which defeats the purpose of the bill in the first place. They also talked about the fact that all after school activities will get pushed back half an hour, creating an unnecessary mess for the community.

The second student had a viewpoint similar to that of the first student. They think that because the starting time will only change by twenty five minutes, it won’t make much of a difference, and will only interfere with after school activities.

The final student I talked to thought up a list of pros and cons. They enjoy the fact that they’ll get more sleep, but doesn’t like that all their extracurriculars will get pushed back. The student already has activities until 9:30 most nights, so the new bill will affect their schedule quite a bit.