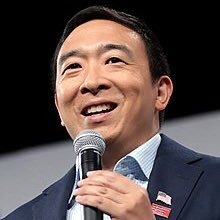 In 21st century America, politics almost always divide instead of bring together. Democrats and Republicans continuously attack the opposition and the rift between the two parties grows increasingly larger by the day. Admittedly, political divisiveness isn’t always a bad thing. It inspires further discourse and discussion and (theoretically) prompts people to rethink or re-evaluate their stances on certain issues. However, this political divide has grown to new heights and is doing much more bad than it is good. It’s affecting the country to the point where people judge others on their political leanings rather than their character. It’s even somewhat common to find Americans who refuse to befriend people outside of their political party.

Unfortunately, this inordinate controversy goes beyond differences in opinions at a social level. It’s affected our government’s ability to function. Congress is arguably more divided than ever in its role of making simple, much-needed laws. It’s understandable if some laws aren’t passed due to simple disagreement, but today’s Congress is incredibly unproductive. Laws that many Americans agree should be implemented, such as stricter gun background checks and simple regulations against climate change, aren’t being passed. Needless to say, partisanship is a huge issue that restricts the functionality of society, and is therefore something that needs to be mended. Now you may be asking, what’s the solution to this? The answer to that isn’t exactly a what, it’s a who: Andrew Yang.

Andrew Yang is a Democratic candidate for president in the upcoming 2020 election. In a field dominated by senators and politicians of high standing, Yang has little prior political experience  and was practically unknown by the public before his campaign. Nevertheless, his reputation is as impressive as anyone’s. Yang’s a self-made successful businessman who made his fortune from his company Venture for America which has worked to create jobs in struggling cities. Perhaps Yang’s most unique trait is that he effectively has no looming mistakes or controversies in his past. While candidates have ridiculed the integrity and character of Joe Biden, Elizabeth Warren and Bernie Sanders on debate stages, no one has called out Yang on any such thing.

Yang’s platform ultimately took off when he turned many heads with his innovative blueprint for the country. Without the political credentials and reputation of Joe Biden, Bernie Sanders and Elizabeth Warren, the true substance of ideas that make up Yang’s candidacy is perhaps more important than that of any other candidate. What he lacks in reputation he makes up for in innovation. Namely, Universal Basic Income is his signature policy, which aims to give every American citizen over the age of 18 $1,000 per month, a tactic projected to boost the economy by $2.5 trillion over 8 years.

The idea of UBI has arguably been the leading cause of Yang’s unexpected support, as it makes him a candidate whose economic policy drastically stands out from the rest of the field. Yang also believes in Medicare for All, reduced defense spending, the legalization of marijuana, elimination of private prisons and a war against over-automation in the workforce. Yang’s repeated mentioning of the rise of automation is a topic that few other people have talked about, despite its growing relevance. As time goes on it’s almost inevitable for new technologies to arise in the workforce. Thus, the need for real, human workers is becoming increasingly smaller, and millions of workers are projected to have their jobs displaced in the coming years as a result of automation.

Though Yang primarily stands out because of his unique and interesting policies, it’s his character that makes him the potential solution to this country’s divide. Evident by his relatable personality, Yang is more than a politician – he’s a human being who understands the problems faced by the common people of this country. He’s experienced life as the son of Vietnamese immigrants, then later as an every-day worker, and now as a wealthy businessman in the running for president. In other words he’s truly a man of the people who has gone through firsthand experiences that actually relate to a wide variety of Americans.

Unlike incumbent Donald Trump, Yang wasn’t gifted a life of wealth and privilege and his experience in various socioeconomic classes makes him a leader with the credentials to prompt happiness in the people of this country. He’s not driven by an agenda to only appeal to a certain fraction of the people. In contemporary society there are countless corrupt politicians whose actions in office are swayed by the interests of corporations, not the people. Many of Yang’s policies aim to make the American Dream possible for all, and he’s explicitly stated he aims to restore integrity and fairness to the election process and to the presidential position.

As mentioned before, partisanship is manifesting itself into a seemingly irreversible problem. If we wish to ever bridge this gap back together, we need a leader who can inspire hope and unity for the people while being able to relate to and understand the needs of common Americans regardless of race, gender, religion or political party. As our current president continues to make his hateful remarks, he only further takes this country down a dark path. His rhetoric incites hate rather than love and division rather than togetherness. The need for a leader like Yang goes beyond the simple concept of politics. It’s much more than that. It’s about the people of this country being able to coexist regardless of political affiliation.

Yang is a leader with true integrity and heavily prioritizes his desire to unite this country. One of Yang’s most popular mottos reflects this, when he said, “Not left, not right, but forward.” Yang understands that he’ll be representing all Americans if he’s elected to office, and not just the democrats. What he brings to the table as a candidate is about more than economics and policies. It’s about his proven ability to inspire the people and restore hope to a divided nation. It’s about encouraging all citizens to feel that their ideas won’t be suppressed by a leader who disregards the opinions of the opposition. Yang effectively represents what a party-less candidate is. Even with his liberal ideals he’s garnered plenty of bipartisan support and is willing to speak on conservative news outlets.

As of now he’s polling at 5%, good enough for fifth place in the crowded Democratic field. Whether or not Yang does the improbable and gets elected, his impact will be felt for years to come. Almost unknown before his candidacy, he set the example that anyone has a chance at president regardless of their background. However, if he is elected, he just might be able to finally rally the people of this country together behind the core pillars of what this country stands on; life, liberty and the pursuit of happiness.