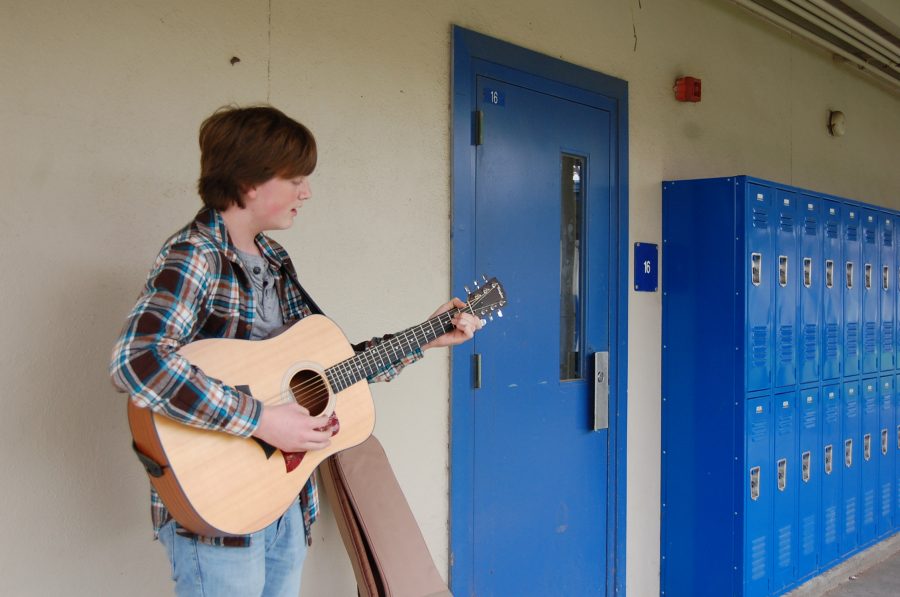 In 2011 then-student Jamie Macintosh brought back the CCHS Talent Show. Four years later the talent show still goes on. Every year the panel of judges for the auditions has been an odd number so that there is also a tie breaker if the judges can’t decide on who they want to be in the talent show, and this year the total number of judges is seven. This years talent show will be Friday, Feb. 20 in the Robert Frost Auditorium at 7 p.m.
This year audition judges were Chelsi Babino, Mia Mavromichalis, Aletris Palm, Aasiya Syed, Morgan Williams, Noah Wang, and Sophia Greenberg. “This year [auditions] are kinda slow but because it’s the last week there has been a rush of auditions,” ASB Member and talent show judge Morgan Williams said.
The decision process is fairly simple. The auditions are recorded for the judges to look at later. Once all the auditions are done, the judges go back to watch the videos to decide who will be part of the talent show. With the amount of people that audition, if many people have the same act, such as singing or dancing, their audition has to been taken into consideration for deciding the person with the best audition for that act. Every year, however, there a few auditions and performances that stand out from the rest. “Last year a guy did an animation video and another guy played an organ to a silent film,” Chelsi Babino, ASB member and talent show judge said.
With all the money that is raised in the talent show, ASB donates 20 percent of the money to a charity of their choice. This year the charity chosen is the Lemonaid Warriors, an organization that provides clean water to people in Africa. In previous years the money was donated to food banks, homeless shelters and many other places. “The charities change every year,” Williams said. The usual amount of money earned from the show is $3,000.