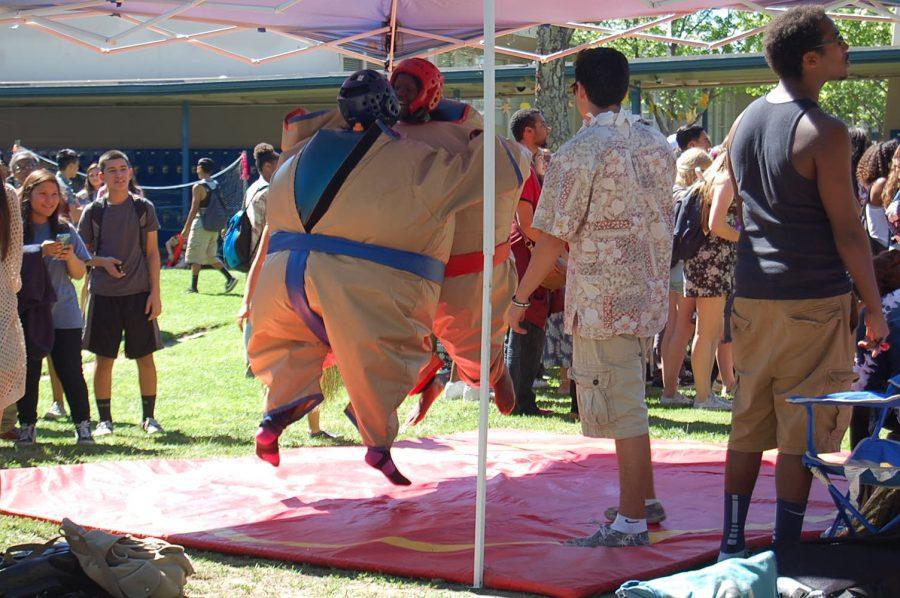 The annual Springfest returned on March 13 this year, but with an unexpected twist: clubs were required to abide by a new state regulation which limits the type of food sold during school hours. That means ice cream, donuts, pizza and other foods typically associated with Springfest were not be sold until after 3 p.m.
This new legislation “made it hard for ASB to adjust and work out with Springfest,” said Kirthi Rao, a member of ASB. Since they were not informed ahead of time, ASB had to work immediately to comply with this new act while figuring out Springfest.
Clubs members switched to other options in order to fundraise. Some clubs sponsored games such as Sumo wrestling and basketball shooting while others offered henna tattoos and planting seeds.
The new law, the “Healthy Hunger Free Kids Act”, went into effect in July 2014. It was made to improve the nutrition that students consume for a healthier lifestyle.
“Springfest is the time for ASB to reach out to clubs to make money. We especially look at the underdog clubs…this new act will make it harder for clubs to raise money,” senior Aaliyah Wilson said.
Although this act made organizing Springfest difficult, ASB did their best to adjust. They want this tradition to continue and do not think this will cause much difficulty. “Throughout the years, Springfest has been successful and continues to grow,” Wilson said. “We want students to look back to the school year and have Springfest be a memorable event.”