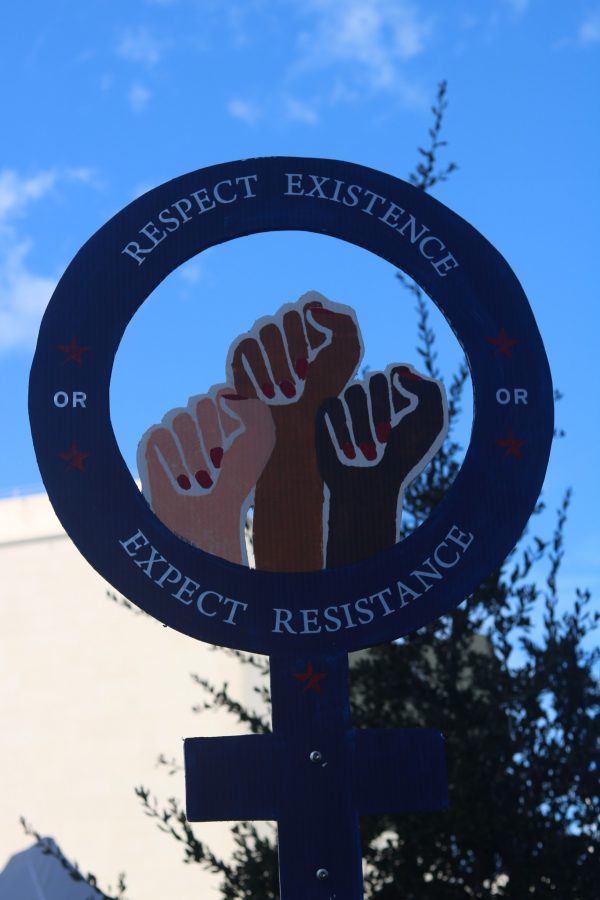 It started with just a little guess. Someone said one thing, and he’d said it before. This wasn’t something new. This wasn’t something old though either. Every time, he got a little closer and we got a little farther away from the progress we worked so hard to achieve.
And then came the end-all-be-all decision. Except we didn’t see it that way. It wasn’t the end. We said we’ll stop him, they’ll stop him, it can’t be true. But as we neared closer to November 8, it continued to be true and when half of the American voting population stepped into the polling booth sometime between 7am and 8pm, they found his name on the ballot.
He was in trial. He was being convicted of awful things. There was evidence. There were victims and witnesses. And yet, his name still remained one that you could punch out the hole to and select him as your next president. We said, no way. There’s no way anyone would vote for him. But that wasn’t true. People voted. We said no way that anyone who respects themselves and other people–no way they’ll vote for him. That wasn’t true. No way any one of color could possibly vote for him. Not true. No way any woman could vote for him. His campaign manager was a woman.
And as they tallied the ballots and the swing states went to him, we all went to bed with uncertainty. But when we woke we knew for certain. Women all over America cried. People cried; half of the country was in mourning.
We still said, ‘We can fix this’. There are more than two months until he is sworn in, we can make the change, that’s plenty of time.
He’s still under investigation. No one is really sure he gave up his assets to his children. He still has a tie in business and he now has his finger hovering over the nuclear weapons button.
How can we trust a man who has said everything he has said? How can we trust a man still on trial for sexual assault? How can we respect a man who has done what he has done, who has even rumors flying about him for the things he has done?
We can’t.
That’s the simple answer.
There is no way we can trust him with the kind of things we know about him. But that doesn’t mean we can turn our back completely on him. He has the power now. To tell us what our health care is going to look like. To tell us what our education system is going to look like. To tell us who is going to live within our borders. To tell us when he pushes the button on the nuclear weapon, when the earth is doomed.
We can’t fight that kind of power.
But we can have an influence on his decisions.
The women’s march is just the beginning and it is far from the end. With ten actions in his first 100 days in office, we have to gather right from the beginning.
It’s not going to be easy and we are going to have to fight every step of the way, but the people’s voices can and will be heard.
750,000 people in one city alone can be heard ringing across the county. Pull millions and we can have a country we are proud to live in, even if we can’t call the leader of the free world ours. Because we are a nation of Yes, We Can.