Space Travel: Closer than you may think 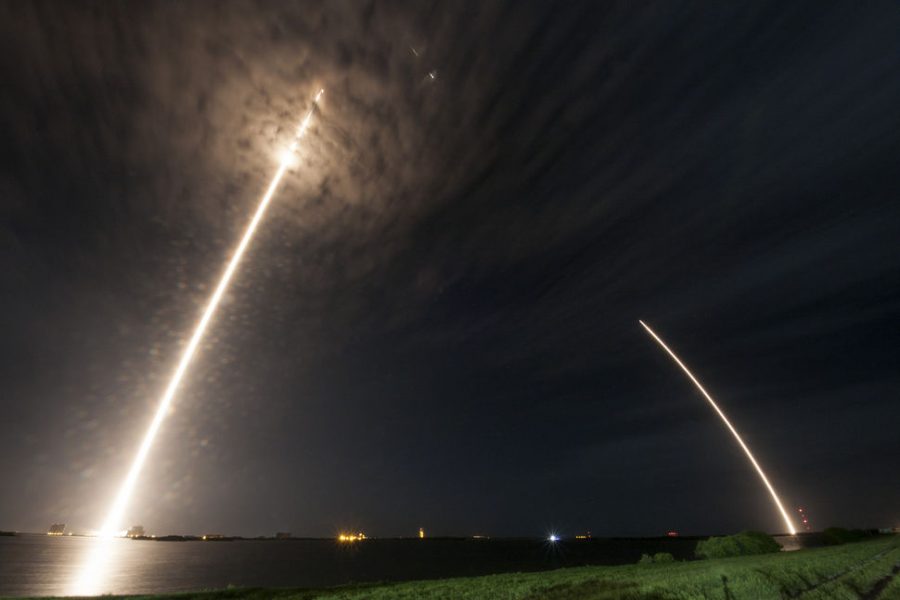 The thought of visiting another moon or planet is a sort of far off dream. Well, we are closer to fast, efficient space travel then you may think. So close that another Moon expedition COULD happen in 2017. This would be done with The Falcon Heavy, a reusable heavy lift rocket weighing a total of 3,125,735 lbs, reaching a height of 229.6 ft., than any other rocket created to this day.
The Falcon Heavy could pioneer an age of space travel. Being a powerful and reusable rocket, the “Falcon Heavy was designed from the outset to carry humans into space and restores the possibility of flying missions with crew to the Moon or Mars.”(Spacex Falcon Heavy article). These explorations into space could happen as soon as 2017, the year when Spacex hopes to have it’s first liftoff with the Falcon Heavy.
The Falcon Heavy is an amazing piece of machinery. Designed to be fully reusable, the Falcon Heavy can be used again and again in a short amount of time. The Falcon Heavy will also save money because another rocket would not have to be built for other missions. An interesting thing about the Falcon Heavy is that it comes equipped with 3 9 engine cores, meaning that the Falcon Heavy can undergo one or more unplanned engine shutdowns and still complete a mission.
I think that it is going to be an exciting year for space exploration