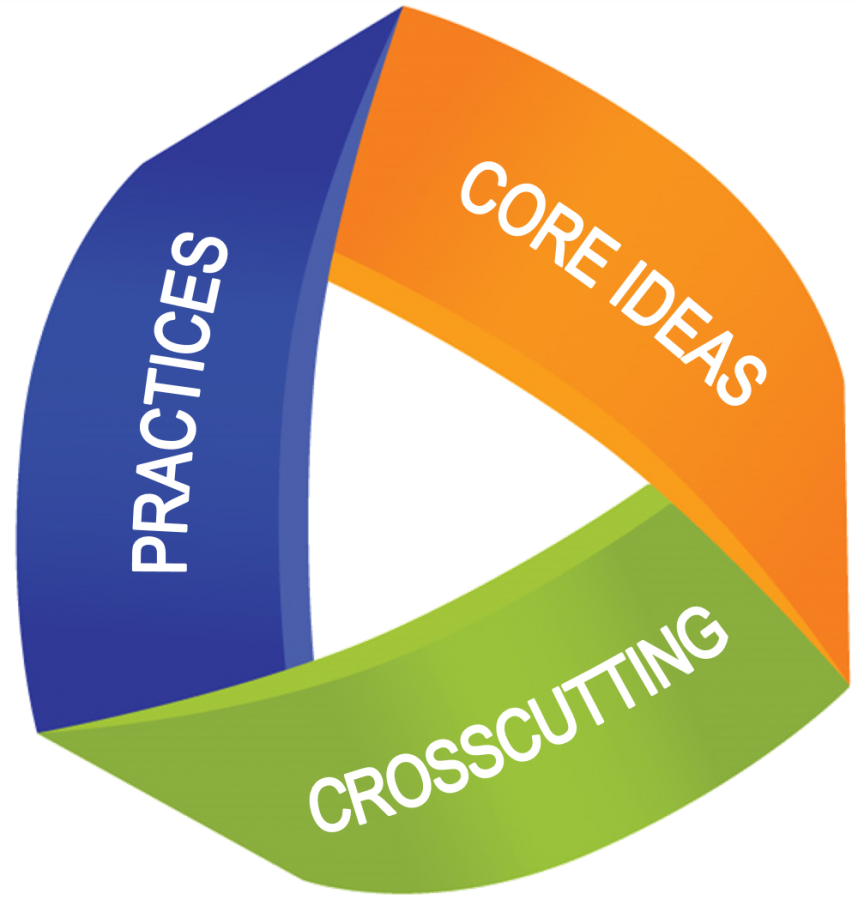 The logo for the Next Generation Science Standards

Many changes have been made to the high school curriculum in recent years. Multiple choice questions are used less and there is an emphasis on critical thinking. This shows in classrooms, but also on state standardized tests. But one test in particular, the  California Science Test(CAST), taken by high school juniors, is incorporating the Next Generation Science Standards (NGSS). These standards include: Biology, Chemistry, Physics, Earth Science, and Space Science.
CCUSD is doing what it can to try to prepare students more. According to Dr. Lisa Michel, the CCUSD Director of Secondary Teaching and Learning, the science teachers have had development meetings with the UCLA Center X’s Science Project about how to teach the new standards for the past three years. For the past two years, they have had six to eight all-day meetings and met two days before the school year even started. Because of this, it has been rumored that Biology, Chemistry, and Physics will be required.
In reality, the district is far from that, given that this would make the graduation requirement three years of science rather than two, which isn’t something to be taken lightly. It could affect graduation rates and completely get rid of some science classes.
What the district is doing is making Physics “highly recommended,” which isn’t a change since more than the required science classes have always been encouraged. Astronomy, Physiology and all AP science courses are going to remain as well.
Science teachers like Mariah Fontijn, who teaches Chemistry, have embraced the standards wholeheartedly and are changing their teaching styles to fit the standards. She stated that it’s the science teacher’s job to prepare students for the test “and think like 21st century individuals who have a literacy in science and know how to think critically.”
The content isn’t changing. Simply the ways students learn is going to be less reliant on the teacher and more on their peers and their own minds. They are also learning how to link topics from class to real world issues like greenhouse gases and acid rain.
Part of the desire for this change comes from a survey of college professors that found that the main areas they thought students needed improvement in were “three C’s”: critical thinking, creativity, and cooperation. If all goes as planned, the NGSS will lead students to be better equipped to deal with problems afflicting the globe. Without needing students to take three years of a science in high school.