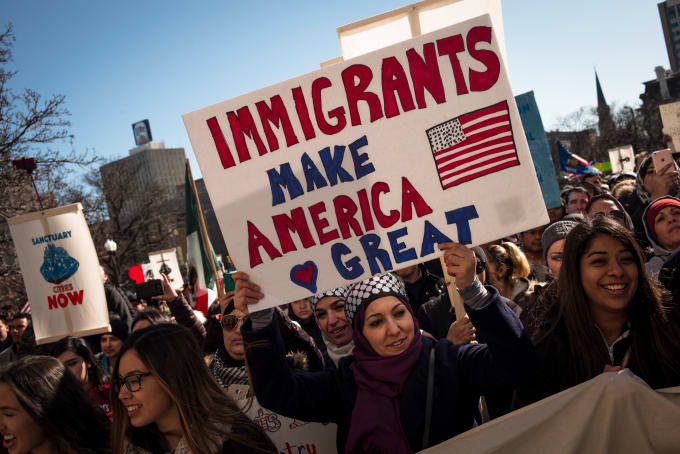 Recently, President Trump has created controversy over Deferred Action for Childhood Arrivals (DACA), a program that aids in delaying deportation of children of undocumented immigrants, also known as Dreamers, who were brought into the country by their parents. In most cases, recipients of DACA have known no other home than America, being brought as young children, and many do not know they are not citizens.
The Trump administration, however, recently announced it will attempt to end the program, hoping to deport illegal immigrants, with President Trump stating that DACA is “unconstitutional,” though this was deemed false.
President Trump has turned over the decision of how to handle DACA to Congress, which has the option to either ratify DACA or allow it to be thrown out. If this occurs, about 800,000 Dreamers will be removed from the country, and with a new deadline of October 5th, 2017, it is unlikely many recipients will be able to renew their applications in time.
Culver City Unified School District has become a safe haven for DACA recipients, offering services allowing students to renew their DACA applications, voiding the usual fee of $495. The district also offers emotional support and information about the termination of DACA to families in need of assistance and will not release information on any person who is a recipient of the program.
On the district’s website, there are dozens of informational links as well as access to advice for Dreamers whose applications may have been denied or expired. Overall, CCUSD offers advice on what Dreamers should do from here, reassuring Dreamers and their families and hopefully providing a pathway to guide families in this time of terrifying confusion.