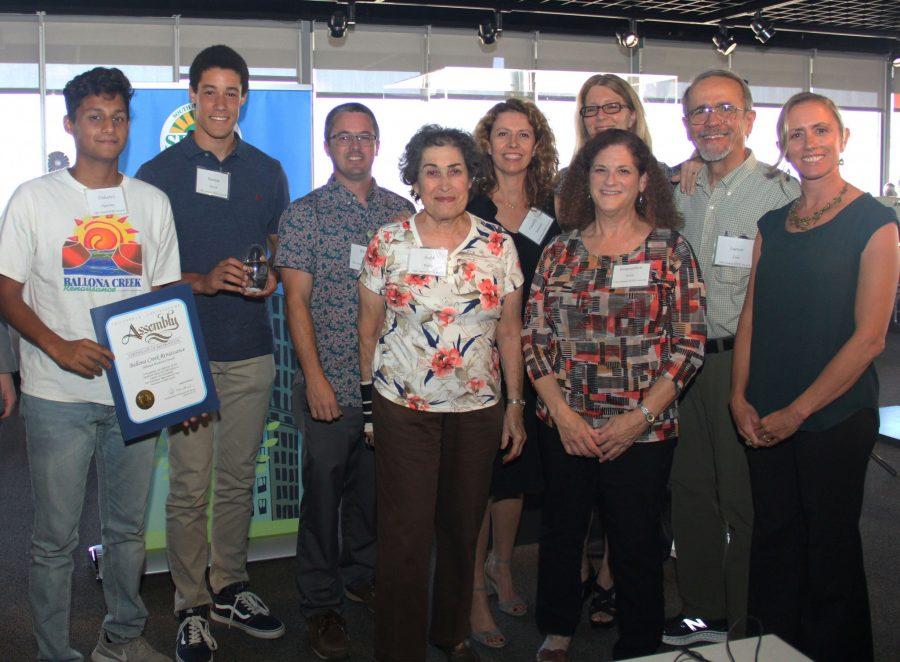 Recently one of Culver City High School’s club has gone above and beyond. Working for the benefit of a better and cleaner ecosystem, the Ballona Creek Renaissance Club is sponsored and supported by the Ballona Creek Renaissance organization, a non-profit, tax-exempt organization.
The Ballona Creek Renaissance club has received an award based on their public service and aspiration to preserve the environment. The award received by the BCR club was given to them by the South Bay Business Environmental Coalition (SBBEC), a coalition that rewards environmental groups who show commitment and dedication in environmental sustainability. The club received the award for their eco-friendly Culver City polystyrene ban that was recently passed and is expected to go into effect starting November of this year. The award comes from from one of seven categories, the BCR club’s being pollution prevention.
Current President David Dumas joined the club as a freshman after his brother created the club. Dumas is dedicated to help improve the environment throughout his last year of high school. Vice President Spandan Chhetri also joined the club as a freshman, and will soon be taking on the responsibility of President after Dumas leaves. Both young men take pride in their service work and are action takers that encourage others to do the same. The young men believe that winning the award was a showing of their potential and how their club isn’t just your average club: their club does actual work to help the environment and encourage people to get involved.
The CCHS BCR club is made up of students that are not only passionate about environmental services and protection, but are also dedicated to keeping the Ballona Creek clean and take part in eco-friendly ideas and projects.The BCR club actively participates in many environment friendly actives that go beyond the average creek cleanup. They often host bike rides and attend city council meetings to give their position on local environmental issues.
The BCR club has many upcoming plans and work towards a better future. Their next big project is to encourage all of L.A. county to put up a net that would collect styrofoam and make the county styrofoam free! The BCR club also encourages non-club members to take part in their occasional cleanups. The Ballona Creek Renaissance club gets involved in the environment and strives to make a difference.