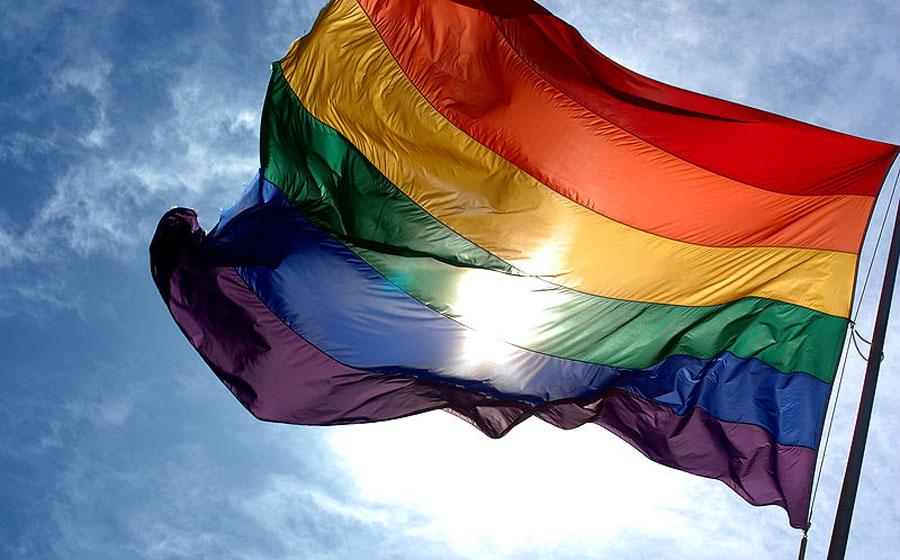 This year, many students have noticed the subtle appearance of pride flags around classrooms. Originally meant to increase pride in the LGBT student body, flags soon developed into a sign of solidarity between the administration and LGBT students.
According to Carolyn Dodenhoff, Co-President of Tolerance Club, the flags were placed in classrooms with the intention of boosting LGBTQ pride, “on an individual level” since LGBTQ students often feel isolated from their peers. Even with CCHS being the nation’s fourth most diverse school, queer youth are often rejected by other students, one of the causes for this being the lack of LGBT visibility present, which was a key reason for hanging the flags.
When attempting to get flags approved in classrooms, controversy arose, with “[ASB] split pretty even in terms of people for and against it”. Club presidents refused an offer to keep pride flags up only for Pride Month, feeling that LGBT issues are important all year, and should not be forgotten or ignored after June is over. Dodenhoff also brought up the lack of LGBTQ representation present in ASB, making it more difficult to get the flags approved, since there was no one able to offer a non-heterosexual point of view on an LGBT issue.
Finally, a conclusion was made which allowed pride flags to be hung in classrooms. Teachers chose whether or not to hang flags, and those who did “self-identified as allies/supporters” of the LGBT community. This creates safe spaces for students in the community, by allowing a sign of solidarity and support in classrooms. According to Dodenhoff, the flags are meant to be a reminder that the school supports LGBTQ students; an important message, especially considering that not all queer students feel safe being out at school.
Overall, integration of pride flags, and subsequently LGBT security, are an important step towards equality at the school, “[showing] people that queerness is something that isn’t the ‘other’”. Though the hanging of pride flags may seem a small step towards school-wide acceptance, it is undoubtedly an important one, which will hopefully open the door for future leaps.