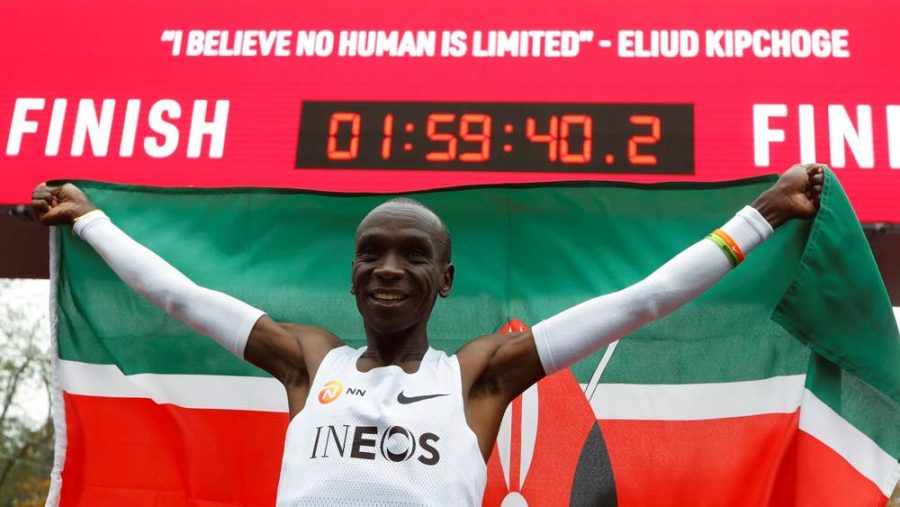 On October 12, 2019 in Vienna, Austria, history was made. Eliud Kipchoge, a 34-year old Kenyan marathoner, became the first runner to ever break 2 hours in the marathon. Millions of people flocked to the course in person or watched the event online. Kipchoge finished the 26.2 mile course in a blistering time of 1 hour, 59 minutes and 40 seconds.

The marathon was set up and organized by the British chemical company INEOS, who worked in association with Nike. The course featured optimal conditions for Kipchoge’s run, being completely flat with minimal turns, while any potential wind was broken by a variation of 41 pacers leading the pack.

Kipchoge, along with 2 other elite athletes, initially attempted to break the 2 hour mark just over 2 years ago, as part of Nike’s ‘Breaking 2’ project. Although Kipchoge finished in 2 hours and 25 seconds – which marked the fastest marathon time ever to that point – he had not reached his ultimate goal.

This time however, Kipchoge exceeded expectations. Not only did he accomplish the most prized feat in distance running, but he was a whopping 19 seconds faster than he needed to be, running at an average pace of 4:34 per mile. To put that into perspective, the average 34 year old male (same age as Kipchoge) runs a mile in 10 minutes and 9 seconds, over 5 minutes slower than Kipchoge’s pace for 26.2 miles. Needless to say, that’s an incredibly fast pace to sustain for such a long distance.

Calling this a monumental accomplishment is an understatement. Kipchoge’s record will go down as one of the biggest moments in sports history, and for good reason. For many years prior, running under 2 hours for a marathon did not seem humanly possible. The common belief was that humans weren’t capable of running the distance at the necessary 4:34 mile pace. However, Kipchoge debunked that theory with the fastest marathon of all time.

Obviously, Kipchoge’s long road to greatness was not an easy one, as he needed to push his body to extreme limits. After winning the London Marathon in April, Kipchoge took 3 weeks off from running, then slowly built up his mileage in the next month. Kipchoge then took on a personalized training plan for the next 4 months leading up to race day. In addition to intense running workouts, this training regimen included core strengthening exercises, physical therapy, and strict eating and sleeping habits. Kipchoge also attributed his superhuman skills to the calm and positive mindset he applies to his running.

Unfortunately for Kipchoge, his accomplishment will not be officially recognized as the marathon world record. Considering the run was set up with pacers and used other wind-breaking techniques, the conditions were deemed too favorable to count towards the official record. Nevertheless, October 12 will go down as one of the greatest moments in not only distance running, but sports history.  Kipchoge’s legendary performance will be remembered for years to come, and he once again proved that he’s the undisputed greatest runner of all time. 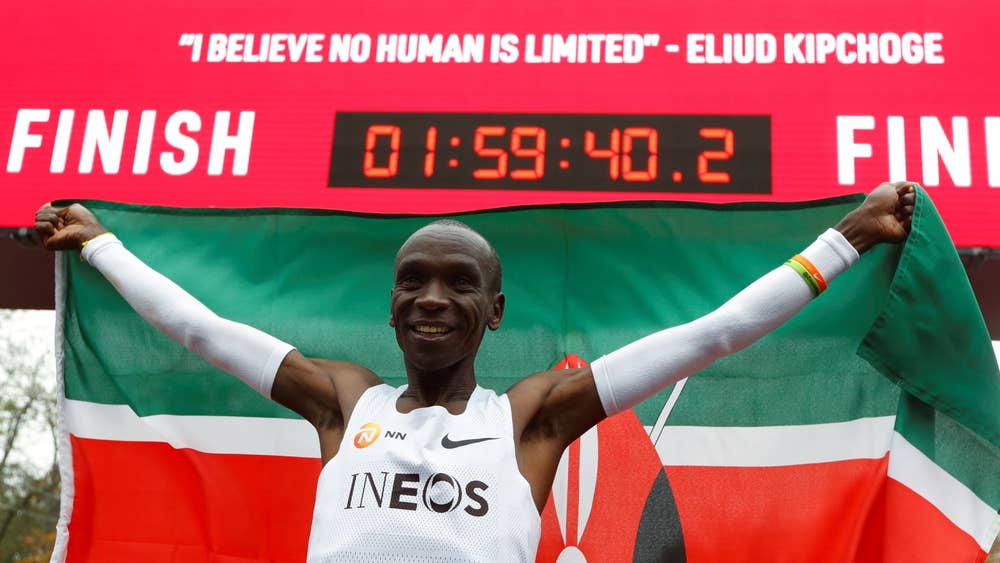