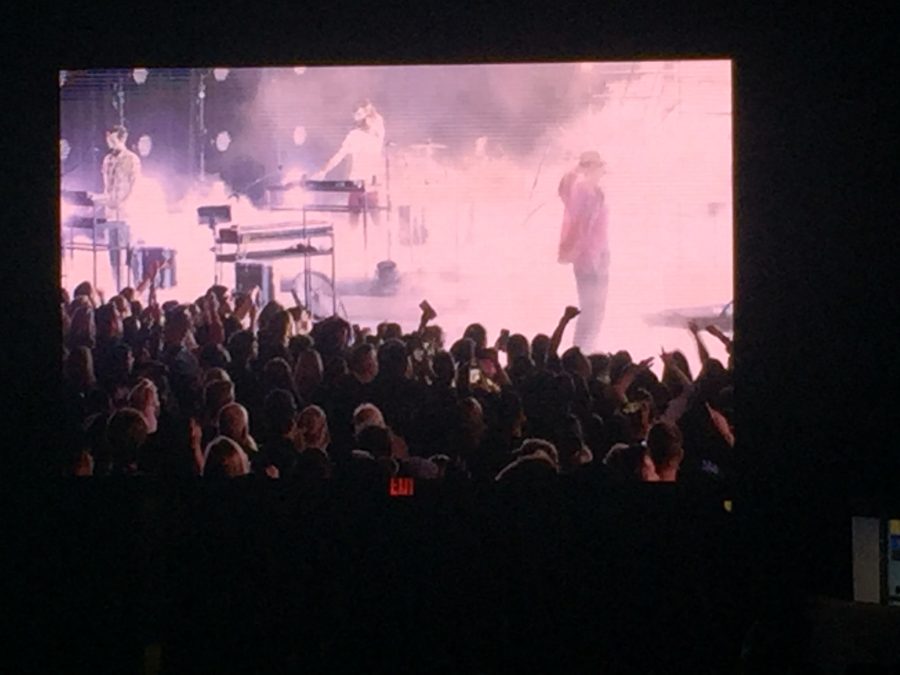 On October 12 at the Greek, Bastille – a band that’s been releasing hits since 2013 – and their pre-show, Joywave, played a spectacular concert. Joywave’s music was energetic and engaging. As a person who has never heard them before, I can say that I have definitely become a fan. The lyrics to all of their original songs were deep and reflective and meshed well with the soul-searching themes of Bastille.
The Greek Theatre stage was bursting with color and intriguing sets. The new songs from  Bastille’s new album, Doom Days, as well as recognizable classics like “Pompei” and “There’s a Hole in my Soul,” were representative of the hours of the late evening and morning as well as different mind sets; this was reflected by the lighting and mood of the singers. The crowd was dancing and singing along, waving their flashlights to create a beautiful light show. Dan Smith made his way up from the stage into the audience to the top of the theatre seats to further personalize each fan’s experience.
The concert was well set up, organized, and energetic, and there were plenty of vendors and free samples by the entrance of the theatre. I would absolutely recommend watching Bastille and Joywave for those who want an exciting and memorable concert experience.