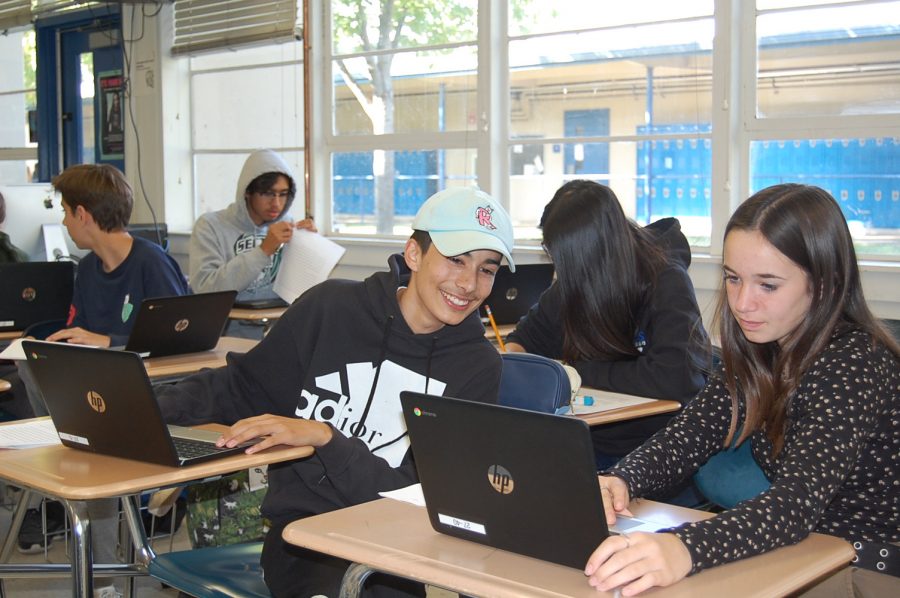 CCHS students have long had complaints regarding the current hat policy, which only allows them to wear CCHS hats and beanies. Recently, however, the administration took up this issue with ASB. They eventually reached a consensus: that if students are willing to compromise their AirPods and headphones, they would be allowed to wear hats and beanies not limited to the CCHS logo. The new policy may or may not be implemented.

Of course, there will be a trial run to test if students are willing to compromise. If the policy were to be simply implemented without the student body’s consent, it would face a backlash. And not doing anything wouldn’t help either –  as of the moment, teachers telling students that it is impolite to wear AirPods while they are teaching will be just not enough to get students to drift away from AirPod usage long term.

So here’s the deal. Without an incentive to remove their earbuds and headphones in the hallways and in class, students would indubitably continue wearing them in spite of the fact that they are not supposed to be wearing them anyways. So in order to test if the compromise will work, the school administration is going to have a trial run for the policy at a yet undecided date.

The administration has specific reasons as to why it asks that students remove their AirPods and headphones in hallways and during class. For one, students with earbuds in are missing out on their education, even though they claim otherwise. It’s also an issue of safety: students would miss significant announcements, especially in cases of emergency.

For instance, if there was to be an earthquake and Asst. Principal Kelli Tarvyd made an announcement, students would not hear and, as a result, would not know what to do. The administration does not randomly create rules to abide by. This is why other headwear that does not impact students’ education, such as do-rags and scarves, are not targeted by the administration.

Teachers are more amenable to students having one earbud in during class time, but “two earbuds is a no” according to math teacher Mr. Azeroual. “I can have a conversation with my wife with one earbud in,” he says, “ but two, no.”

He can also recognize when a student is wearing AirPods: “they’re white. They are not easy to hide either unless tucked under a girl’s hair or under a hood. They’re not small and skin colored.”