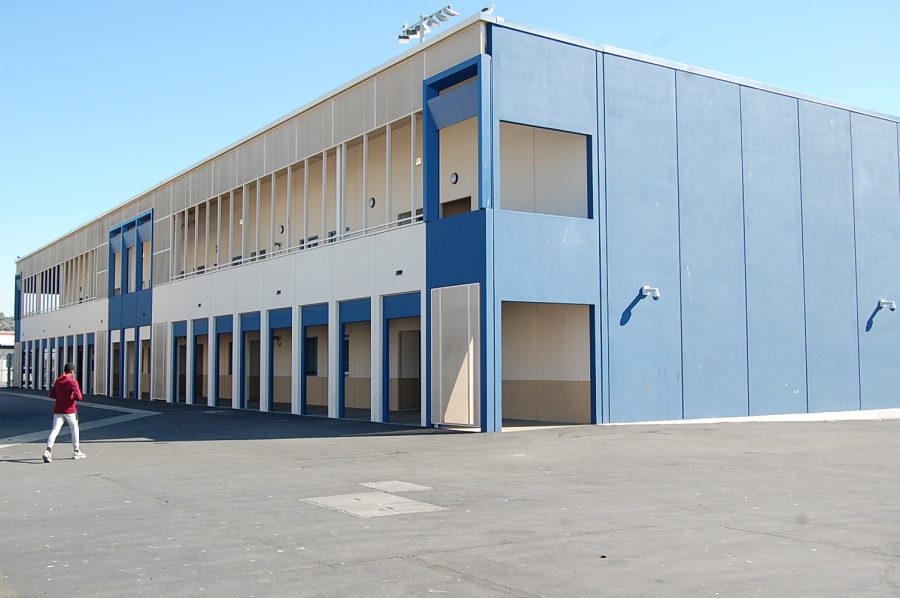 If you were a student at CCHS or CCMS in the last couple years, you probably remember the basketball courts being fenced off by green tarp, the construction workers around the school, and the sense of anticipation among your peers to see the finished product: the new addition to the learning facilities in the Culver City School District, commonly referred to by students as the Science Building.

The building has two floors, each containing four rooms. The top floor consists of equipment dedicated to chemistry labs, including fume hoods and gas jets. This floor is mostly used by the high school. The bottom floor is dedicated to physical science and is used by the middle school. The structure itself was prefabricated, meaning that it was constructed off site rather than being built from the ground up. Thanks to this, the building was much faster and economical to build.

According to Ms. Fontijn, a chemistry teacher here at CCHS, the new facilities offer a great deal of improvement when it comes to the effectiveness of teaching. Says Fontijn: “The new facilities offer state of the art equipment and have two lab prep rooms which we didn’t have previously. I personally find that it is easier to prep for labs and store chemicals.”

As a whole, the new Science Building not only offers a more advanced and spacious learning environment for both students and teachers, but will also prove to positively impact the school district in the long run.