"Lost in Space" – a Night to Remember 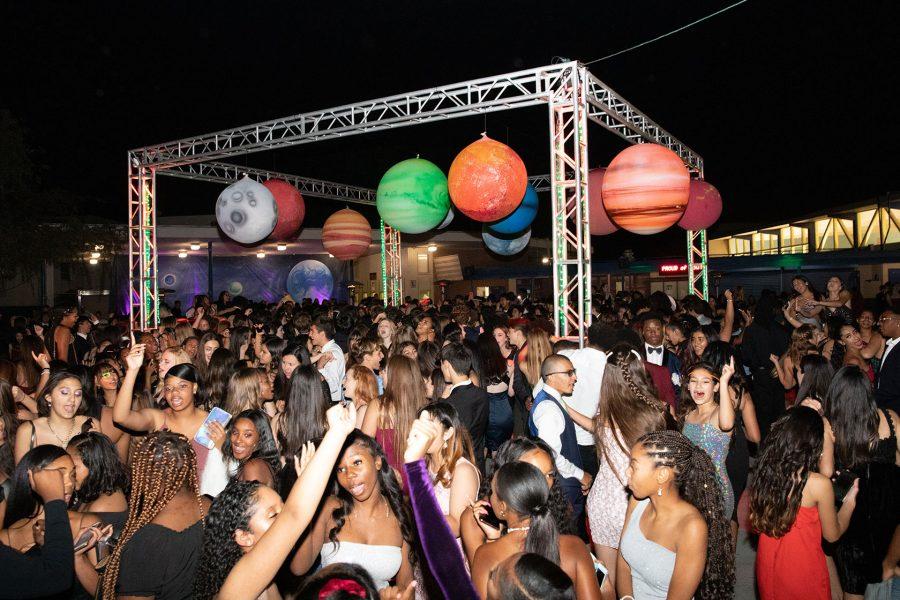 Homecoming was on November 2, Saturday night – the last school dance of the decade. Whether you stayed home or danced all night, here’s a review.
The dance was held in the patio area of the high school, which was dressed up and almost unrecognizable for the night. The theme was “Lost in Space”, and the school was decorated accordingly.
Guests started arriving at seven, but the dancing really picked up around seven thirty, and it was eight before all shyness was gone and students started hitting the dance floor.
Let’s talk music. It seemed to be the most controversial subject of the night, starting with low key rap, then traveling to Latin music, to 2000s pop, then back to rap, with other genres woven in between. The night ended with more 2000s pop and a ten minute Queen segment, a decision which some loved and some, decidedly, did not.
Everybody could agree that the decorations were stunning; the tunnel of fairy lights when you entered and floating planets above the dance floor made for a dreamy picture, and little alien details everywhere made it especially charming. There was also a photo booth with props that friend groups ran to, with prints to immortalize the night.
So, HoCo 2019? I think we can say that it was definitely a night to remember.