Testing Day Takes a Big Step in the Right Direction 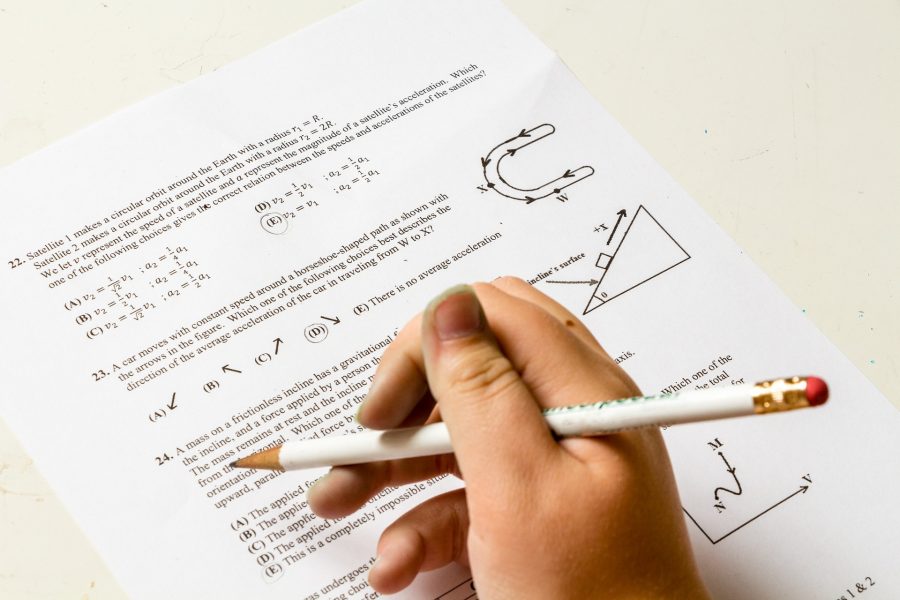 Testing day. We all experienced it: the constant reminders from teachers, the emails to our parents, and of course wondering what our school’s first attempt at such an event would be like. The tests were different for each grade level – freshmen took the ACT Aspire, sophomores took the pre-ACT, juniors the PSAT, and seniors had a fun and relaxing assembly day. It certainly seemed like a great idea, not only to get a good understanding of the tests, but to allow CCHS students to remain competitive with private school students who generally have more advantages, what with test prep and lower student to teacher ratios that allow for one on one help. Testing Day was not as good as it could have been or as some of us expected it to be, but it definitely bettered CCHS, and will only improve in the future.

First, we’ll look at the good parts of testing day – which are the majority – and then the small areas in which it could be improved and probably will be. Many students told me that the test they took was much harder than they expected it to be, and realized they would have to study a lot more for the actual SAT/ACT, and be prepared to do well. In 2020, when anxiety is the most common mental illness in the U.S.(Anxiety and Depression Association of America), a number of students told me that just knowing what the test was like, and getting a feel for it, was calming for them. Either way, it seems testing day helped make students better prepared for the real deal.

Even if students didn’t feel better after taking the test, just providing the opportunity for them is great. Most students would probably never go outside the school to take a test if they didn’t have to, and the practice tests forced students to open their eyes and experience something they probably never would have otherwise. Of course opportunities like this will always be wasted on some students (proven by the student in my testing period that skipped all of the questions and hit submit), but we can hope that most students will be open to the test and will at least get a feel for what it’s like.

Looking towards Culver City’s next testing day, it’s important to go over the mistakes and areas of improvement from this year’s. The first problem we’ll discuss will naturally fix itself, but nevertheless was still a big disadvantage for juniors this year. When this year’s juniors were sophomores, they took the PSAT, and then they took the PSAT again this year. A junior commented that “it prevents them from getting the full spectrum of the tests” and to prepare for the ACT “students would have to take the mock ACT which they would have to pay twenty dollars for.” This is contradictory to the idea that students who would never take a practice test on their own will be able to get an idea of the ACT and SAT, because the class of 2021 has only been focused on the SAT. Luckily, this year’s sophomore class took the pre-ACT and will not face this dilemma next year.

One of the other problems with Testing Day will not naturally fix itself, but if the administration learns from their mistakes, it should not be a problem. The different sections of the ACT Aspire (the freshman test) are each to be taken and timed separately, and each have their own password. During the testing period, the students faced what seemed like a small problem: the password for the math test was not working. They passed back their slips of paper with their username and password to get new ones from the teachers, but the teacher’s had nothing to give them. The administration was called, and they informed the teachers that only the IT personnel knew the passwords for the math test, so in the meantime the students should take the grammar test, even though they had just taken it. About fifteen minutes into the second version of the grammar test, they were told to stop because it was almost time for the break. After the break, the partially completed grammar test was never looked at again, and the students dutifully did all the other parts of the test. This might seem like a rushed but adequate last minute solution, but the practice tests for all grades were not just supposed to give you a feel for the test – they were also supposed to give you a score, which would let you know as to how you would likely do on the real test. The administration admitted that because freshmen had to take the grammar test again, but weren’t able to finish it, they would all receive artificially low scores. After an entire school day of stressful testing, some boredom, and the knowledge that teachers will have to assign students even more work to make up for this missed day, not having a score makes it seem less worthwhile. We did all of that just to get an inaccurate score!

Hopefully the administration is more organized with their passwords next year, and we won’t have that problem again. Going back to the big picture, most of these mistakes are easily fixable and testing day was great as a whole. CCHS is working very hard to make sure their students are prepared for college, and the staff have the students’ interests at heart.