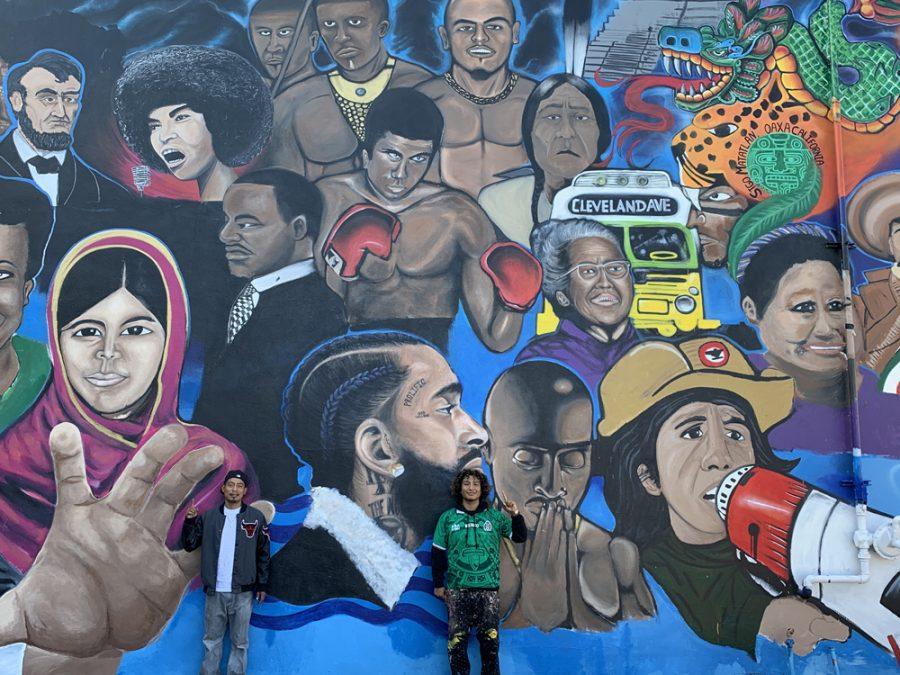 Splashed onto the outside wall of the ceramics classroom, Culver City High School’s not-so-newest mural depicts a whole host of real-life superheroes of color, from Martin Luther King to Bruce Lee. Painted by a team headed by artists Martin Sernas Ortiz and Randy Santiago, the mural had been in the works since December of last year, becoming a constant presence above the heads of passing students.
February 23, however, was the date of its official unveiling – just three weeks prior to CCUSD’s decision to shut down school for the foreseeable future. This, of course, was six months ago. Yet in this newly uncertain time of protest and turmoil, to say nothing of the time-bending qualities of quarantine, I can’t help but remember that bright Sunday afternoon like it was yesterday.
Santiago is the lead artist of the mural, and a CCHS alumnus. I wasn’t able to contact him in writing this article. But in a speech given at his opening ceremony, Santiago declared his purpose for creating the artwork: to reach those “students who walk these halls trying to find heroes who inspire them.”
Santiago is Oaxacan, and his parents come from a small pueblo in Oaxaca. For Santiago, this background made it difficult to find “superheroes” who looked just like him growing up. The closest figure to a role model he had was Benito Juárez, the 26th president of Mexico who, like Santiago’s family, grew up poor and Oaxacan. All of this provided major inspiration for him, he said. The reason he aspired to reach higher levels of education, in fact, was because he believed it was a way of helping his community.
And indeed he did. In June, Santiago finished his freshman year at Cal State Long Beach. Santiago’s mural represents more than just his Oaxacan heroes – it represents the entirety of America. Or more specifically, as many would argue, the America that has been insufficiently acknowledged in our history textbooks.
It also recognizes the diversity of Culver City itself.
“The addition of this mural to our school is a testament to the diversity and activism that our students bring to campus, “ said Dr. Carlos Valverde. Valverde teaches a 12th grade class called Intercultural Literature, which exposes students to literature from diverse American and international authors alike. It was in this class that Santiago first came up with the idea to paint the mural, Valverde said. It was meant to serve as his final project for the semester.
All of this is especially relevant considering the current state of affairs in our country. But there’s one moment from that opening ceremony that seems more appropriate for this time than most.
A number of guest speakers were invited to the unveiling of Santiago’s artwork. Among them was Leah Howard, president of Black Student Union, who thanked Santiago for including so many of their heroes: Angela Davis, the activist; Maya Angelou, the poet; Nipsey Hussle, the rapper; Rosa Parks, the “first lady of civil rights”; Martin Luther King, the nonviolent leader of the Civil Rights Movement.
The protests in recent weeks should speak to the importance of communities having heroes to look up to.