Updates on Speech and Debate 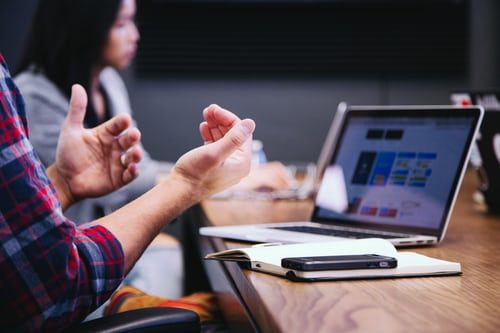 COVID-19 has definitely posed interesting challenges for all of us when it comes to school and extracurricular activities. Clubs and teams are finding innovative ways to adapt to quarantine restrictions, mainly by doing everything virtually. One activity that has successfully transitioned to entirely online interaction is the Speech and Debate team, which has just participated in the first debate tournament of the year.
The Culver City High School speech and debate team is a part of the Western Bay Forensic League, which is the local league for schools around the area. Normally, a debate tournament would take place at one of these schools, but naturally other arrangements had to be made. Using a site called Tabroom, we were all able to sign up for and compete in the tournament on September 26th. Once we were registered with the Culver City High School debate coach, Dan Carter, we shared a team room that looked much like a Zoom call where we could debrief in between rounds. It was harder to feel connected and share a sense of bonding when we were all separated, but the normalcy of sharing laughs about how difficult the previous topic was, or how hungry and tired we all were, created a similar atmosphere.
As for the debates themselves, through a National Speech and Debate Association affiliated website we could join the debate rooms where our opponents, judge, and possibly partner would be as well. Of course, there were occasional hiccups when WiFi would crash, or our technology was fighting against us, but with the help of the coaches and the tournament administrators, these were easily solved.
Looking forward to the rest of the year, president of the team Nosheen Maung says that “socialization between schools and people passionate about the world is now much harder,” but that “with careful organization and strong communication online, I believe this year will be very productive.” It’s clear that it’s still the intention of our leaders to create stimulating and educational conversations through speech and debate, and that everyone is doing their best to make this the best year possible. As a team we are all hopeful that we might be able to return to in person tournaments if health professionals permit, but our temporary solution of virtual debates still gets our minds running. Speaking for us all, Nosheen says, “I am very excited for the 2020-2021 speech and debate season.”