Sunrise CCHS: A Club of Activists and Change Makers

A new club at CCHS fighting climate change through legislation and community. 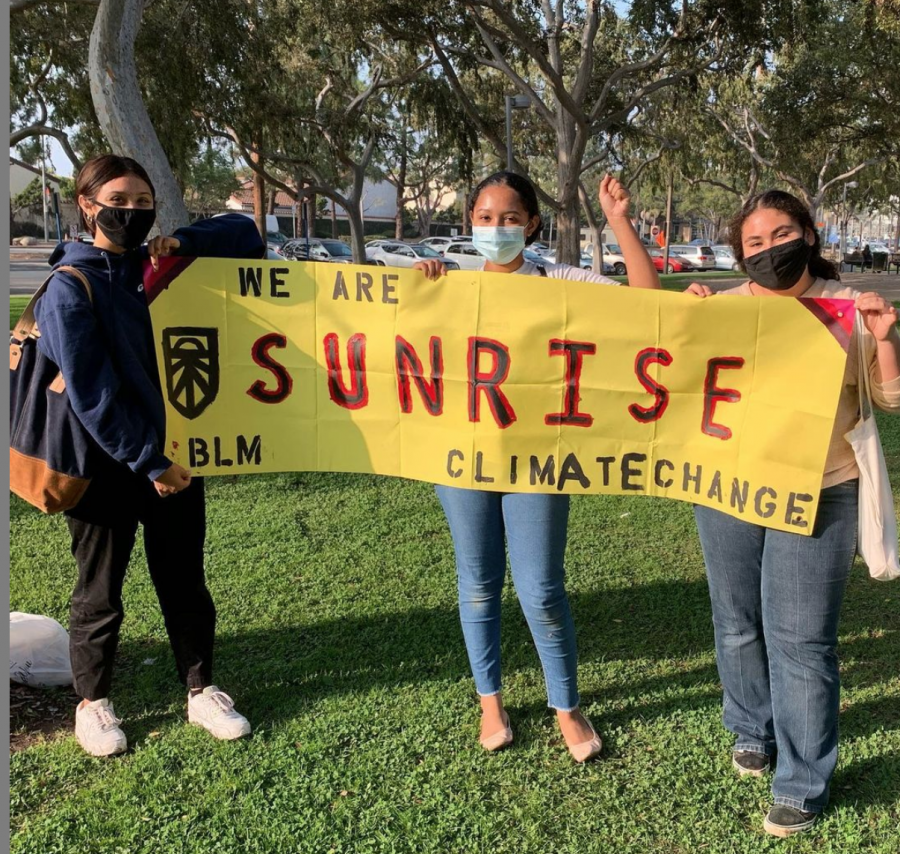 Climate change is a very important issue for CCHS students and many play an active role in trying to fight it. Sunrise CCHS, a new club started by co-presidents Delina Melaku and Nina Baeza, fights climate change socially and politically. They are part of a larger organization, the Sunrise Movement, which is a national organization focused on stopping climate change through legislation and political action. I recently had a conversation with Delina Melaku to talk about the new club, climate change, and what she has gained from being a part of this movement.

Delina Melaku explained that she wanted to start the club because she sees how important it is to fight climate change and wants to educate her peers on the issue. She also wanted to create a space that would allow other students to use their voice to push for climate change legislation.

A major issue that the Sunrise Movement is pushing for is the Green New Deal, which is a non-binding resolution that plans on slowly removing fossil fuels and greenhouse gases from the US economy. The Deal was first introduced by Rep. Alexandria Ocasio-Cortez of New York and Sen. Ed Markey of Massachusetts, and it’s led to increasingly fierce debate across and within political party lines. It got its name after the Sunrise Movement organized a sit-in at Nancy Pelosi’s office. Since then, the Sunrise Movement has played a major role in popularizing the Deal and getting young people involved.

When asked about Sunrise CCHS’s involvement in the Green New Deal, Delina Melaku described how “co-president Nina Baeza and a few other members are making a film video that is connected to the decade of the Green New Deal to showcase artwork that some members of our hub has made and to just put out there to show that young people young people care about the environment and want policies pushed out on it.”

The pandemic has made it difficult for many clubs and organizations to do good and create change. With many movements and organizations largely based on in-person and group events, leaders and activists have had to find ways to still keep going and stay connected. This is especially true for the Sunrise Movement, who puts a big emphasis on community and doing things together.

Delina illustrates how for the club, “It’s been a big impact, usually…we eat together, we do art together, we connect to each other in-person. It’s hard to make those connections over Zoom, as anything is, but building a movement is hard to do by yourself and building those connections to make a stronger movement, and to just do any type of work is much easier to do in-person than isolated”.

Although COVID-19 has made it harder for people to connect, it has not stopped motivated students from following their passions and trying to change the world. Students like those in Sunrise CCHS are still using their voices to fight for what they believe in, even if it is through a computer. But hopefully soon, when it is safe to do so, students and clubs will be able to use their voices in front of crowds of people and not just through the speakers on our devices.