Student Union: A Leap in the Right Direction 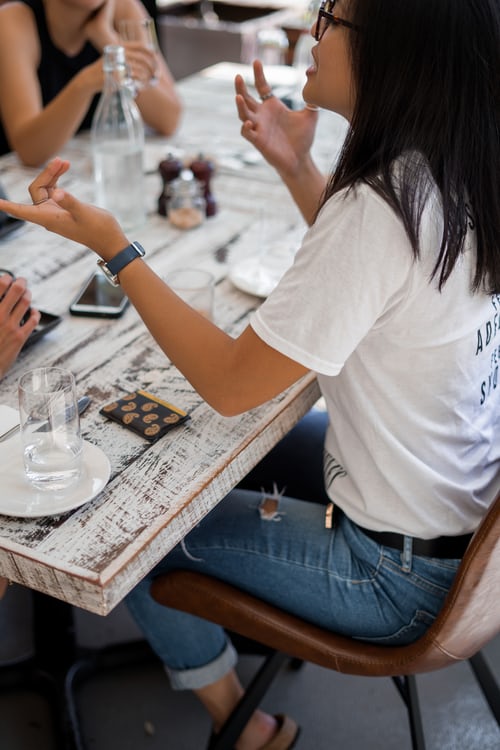 Have you or a friend, family member, or peer ever felt that your voice was unheard? Have your opinions or experiences ever been silenced or put off due to the turbulent times we are currently living in? Have you ever wished that there was a group of people to represent these struggles and advocate for the change that you and your fellow students hope to see in the future? Well worry no more, because the Student Union is here to help.

The Student Union is a faction of CCHS and CCMS students who come together every other week to communicate with their peers and evaluate their collective needs. Functioning similarly to the existing Teachers Union, these young leaders plan to have a prominent role in both school policies and local legislation. The Culver City Student Union’s mission statement explains, “Students are at a point where they’re yearning for involvement on issues that will directly impact them, so creating a community where we are allowed to redefine the status quo will help cultivate a more just district”.

Though the union itself is not affiliated with Culver City High School, it serves the purpose of giving an unfiltered voice to students who are affected unequivocally by the decisions made by the school board and administration. “ASB and class councils are limited in problems they can address since they are an entity of the school… a union would allow a safe space for students to communicate about shared experiences, adversities, and goals,” said Triston Ezidore, high school speaker of the union and a senior at CCHS. Once a problem or goal is identified, the union forms agreements that they subsequently bring to the attention of the school board in order to negotiate an optimal solution. Rather than tearing down the decision-makers at the high school and middle school levels, the group does their best to work hand-in-hand with the older generations in order to make positive changes as quickly and efficiently as possible.

Among the many ways the Student Union plans to better the learning environment at CCHS, these young role models intend to encourage equality and diversity– whether it be race, ethnicity, gender, sexuality, religion, ability, or class. “Culver Student Union offers a safe place for students to foster an equitable and inclusive learning environment,” the mission statement emphasizes. In order to ensure this, the union has come to the conclusion that CCHS as a whole must not only boast diversity, but provide an in-depth representation of that diversity. “We would like to change the stigma in Eurocentric readings by including more people of color and sexualities in the curriculum at a younger age,” Ezidore expressed. By introducing intercultural literature written by minorities and other marginalized groups, we can unlearn harmful ideologies and better our understanding of each other. In addition to promoting racial equity, the Student Union also plans to focus on areas such as sexual misconduct, mental health resources, and environmental issues.

Topics as complex and important as the ones the Student Union plans on addressing are not easily tackled. Making a lasting difference takes time, effort, and dedication to the cause. On top of everything else, these teenagers are navigating their meetings virtually during a global pandemic. Nonetheless, the students in the union are constantly taking initiative to inspire the change they want to see at school and within the Culver City community. Change is a process, and the 2020-2021 school year has brought many students closer together and created even more positive goals and aspirations to work towards. The Student Union is not just a step in the right direction, it is a leap towards equal opportunities and representation on an educational and local level. When it comes to fostering change and inspiring growth, the sky’s the limit!