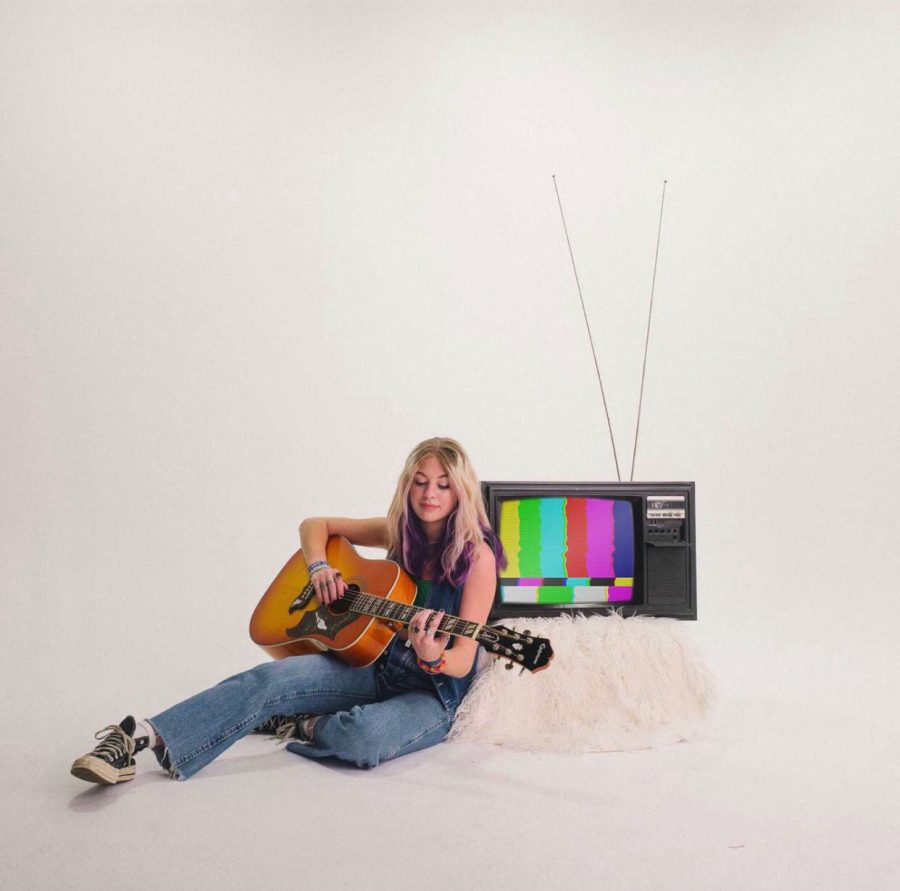 The COVID-19 quarantine could be said to have forced both the worst and the best of people. For many, they have struggled to find the motivation while working or attending school remotely. However, for some, quarantine has been a driving force for their creativity, as they have utilized these times as productively as they can.

For current junior True Jackson, a young musician and songwriter attending CCHS, quarantine has been a difficult time, yet also one of the best motives for her creativity in music and songwriting. True began guitar and singing lessons by the age of seven. By the time she was ten, she had already started to write and record her own songs for a movie directed by her mother and one written by a friend of her family.

True first began to actually release her written music publicly in 2020 during quarantine. She said that in the beginning of the lockdown, “it was hard to start writing music because so much less was going on in my personal life, which is definitely a way that I write music.” However, about two months into quarantine, True said that she began to realize that “this is the time that I need to be the most creative” and made her more driven to release her music.

In June, True met with producer Jack Woods and two artists by the names of Jonah Roy and Paco to release her music for the first time. They collaborated together and by late summer, True was ready to record and finally release her own music into the world. She released an album called “Simulation” on October 24th, which True said definitely made her realize more of her passion. “I actually got to release … and I did it with people that I love, and those people have amazing music as well.”

True said that writing music is special to her because it is a way to communicate and release her feelings, while also having a positive impact on people who listen to her music. Although most of True’s songs are based on her personal experiences, she said, “I like to make it [my songs] less of using words like, ‘I,’ ‘you,’ etc., to make other people be able to relate.”

In the future, she aspires to keep releasing her music and ultimately have it go broad and be heard by the general public. She also dreams of touring or having live shows where she performs her music, similar to famous singer Taylor Swift, True’s role model and inspiration in her music life.

Even though quarantine has been difficult for everyone, finding a way to make great use of this time and be productive with something that one enjoys will prove to be valuable. As for True Jackson, although quarantine affected her in a negative way at first, she has realized that this is the best time for her to be creative and shape her young music and songwriting career.