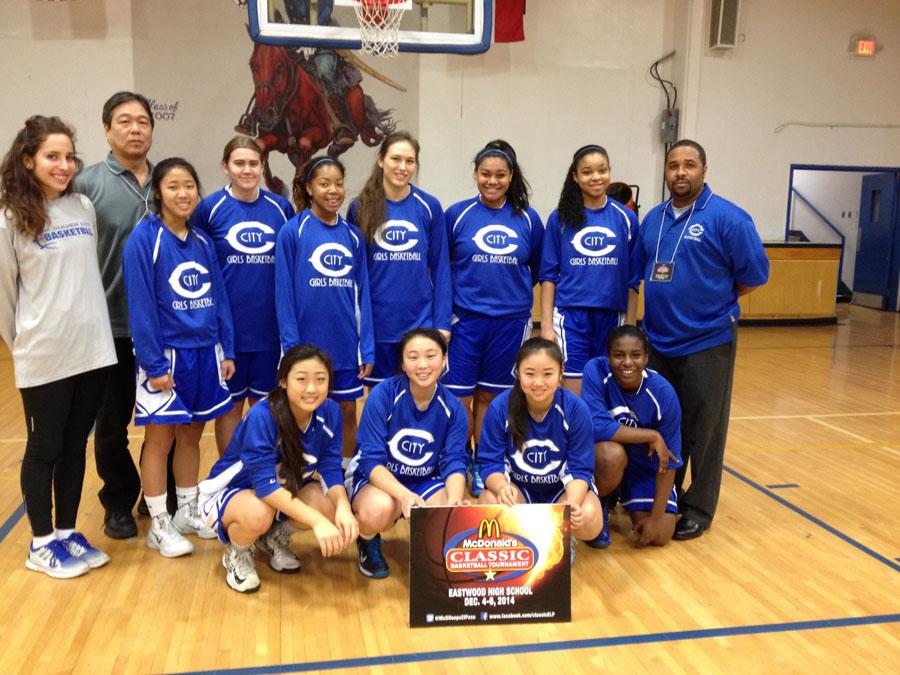 Returning from three consecutive League Championships, and back-to-back CIF Championship appearances (taking home the championship last year), Culver City Girls Basketball is facing high expectations, to say the least.  They were asked to represent their talents at the McDonald’s Classic in El Paso, Texas this past Dec. 4-6.
This tournament recruits only five high school basketball teams from across the nation to participate. CCHS played against top-ranked teams such as Eastwood High School, Burges High School, and Sierra Canyon High School, which was ranked second in California.
The Lady Centaurs felt that they had a lot to prove when arriving in El Paso. “They didn’t expect us to be good because we were little Asian girls,” Point Guard Lindsey Tanita said. “We were the shortest team there.”
When faced with their first opponent, the home team of Eastwood High School, it was obvious that their height was not matched.  The half ended with the Centaurs facing an eight-point deficit. However, the team came back in the second half to win the game 40-33.  Tanita, who scored 11 points in the game, feels that the win can be attributed to the team’s hustling.
Other games in the tournament started off very strong for the Centaurs, including an 18 to 8 first quarter score against Burges High School, the team who ended up taking second place in the tournament.  However, the tournament took its toll on the players.  “Since we don’t have a deep bench, we get fatigued at the end, and we don’t play very consistent,” Tanita said.  Culver lost to Burges 50-57.
The Lady Centaurs proved their competence in playing closely with the top-tier players in the nation, such as Sierra Canyon.  Culver started the game off 5-0, and were only down by eight at the half.  The team finished the tournament with a 1-4 record.
Junior Kailey Tooke was one of the ten players given All-Tournament recognition for her achievements over the weekend.  She scored 16 points in the game against Burges, and 10 points against Eastwood and Sierra Canyon.  She will be a third-year returner on varsity this season.
Coach Julian Anderson feels that “the tournament was a success in terms of understanding where we are and the experience that the girls had to go through, as well as the camaraderie that was built while out there.”
Next, the team will be playing a tournament over winter break in Las Vegas, Nevada.  Anderson said, “I expect the teams to be the same caliber, they are all top team in their respective states.”  The Centaurs will be playing teams including Troy, Centennial, and Bonita High School.