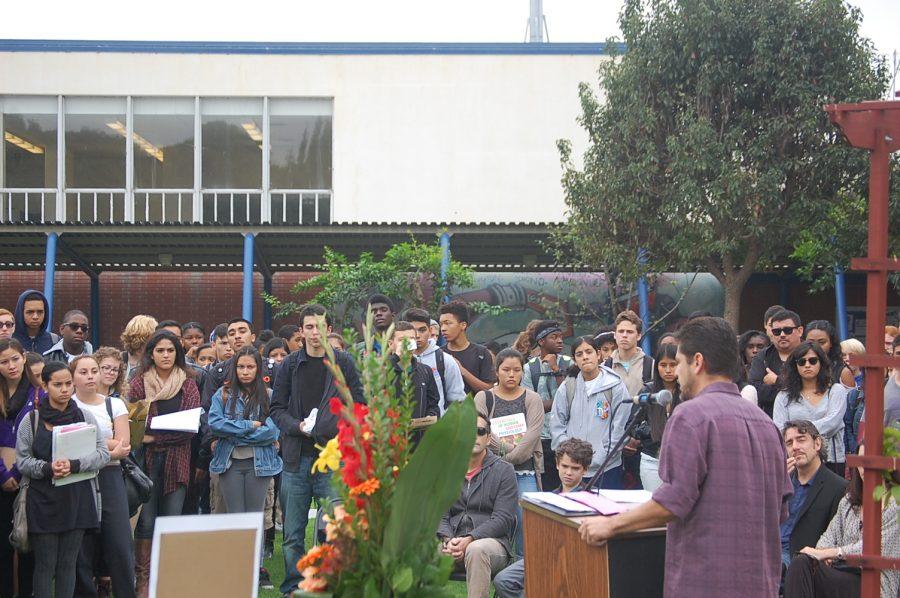 An incredible man known as a husband, a father, and to many an educator and friend, passed away on Dec. 1, 2014.
Mario Salvador Balibrera was born on August 6, 1937 in El Salvador. Coming to the United States at just 5 years old, Balibrera grew up in inner San Francisco. Later in his life he discovered one of his many passions — making documentary films through which he received multiple national film awards. Nearly 20 years later, in 1988, Balibrera discovered another passion of his — teaching. He taught Spanish at CCMS until nearly 25 years later when he was forced to retire due to his ongoing struggle with prostate cancer. Instead of quitting the job he loved altogether, he continued to substitute in classes every chance he had.
Not only was Balibrera adored by his students, but also unconditionally by his family, including his son Christian and his wife Carmen Crespo, also a teacher here at CCHS.
Everyone who had ever seen Balibrera and Crespo together agreed that their love for each other was undeniable. Junior Tyler Macintosh reminisced about a memory he had of the married couple together. “Quite often during class,” he said, “Mr. Balibrera would come visit the room and pull Mrs. Crespo out of the room for a minute or two. We could all hear them in the hallway smooching and giggling like two young kids in love,” he laughed. He remembered Crespo coming back into the classroom with a giant grin and telling everyone, “That’s the love of my life right there.” Tyler finished the story by saying, “I hope for a love like that one day.”
Balibrera was a friend to everyone and someone you “Could always count on,” according to senior Rene Collazos, and so many others. He will be remembered for his sense of humor, passion for educating, and ability to make anyone smile.
“He reminds me to smile even now,” said dear friend and fellow teacher José Montero through tears, “Hasta La Vista my friend.”
Balibrera may be gone, but will never be forgotten as he is kept so close to so many hearts. Balibrera was a fantastic example to follow your passions wherever they may take you and to not give up on the thing and ones you love.