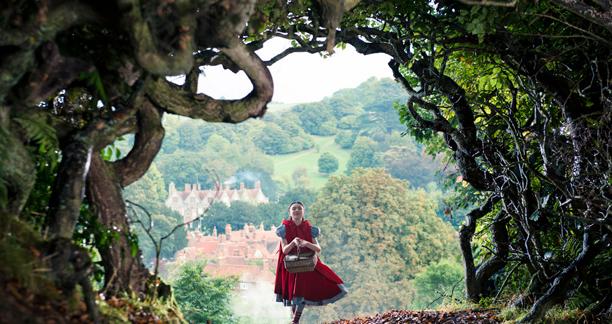 “Into the Woods,” is a musical narrative made up of several characters and their stories from the Brothers Grimm fairy tales. Based on Stephen Sondheim’s musical, it’s a retelling of classic fairytales; it reflects the dark side of how these stories are truly written. The story itself goes to show that not every fairytale deserves a happy ending.
The comical, heartfelt musical followed beloved characters such as Cinderella, Jack, Red Riding Hood, etc portrayed by a star-studded cast. Although only few of the actors in the cast are actual musical theatre actors, the ensemble had no weak link. All the voices had their own unique tones and charm; some voices that shined were Emily Blunt’s voice which held a motherly touch to it and Anna Kendrick upheld her role of Cinderella because of her sweet, young voice breathing new air into the character. James Cordon did an unbelievably good job at singing as the Baker. The film is a narrative of the Baker and his wife’s attempt to break the curse set on their home by the witch, Meryl Streep. Personally, Meryl Streep did an amazing job as the Witch; her rapping and singing skills had shown brightly.
As the story goes on, all of the characters end up meeting each other in strange ways such  as the Baker’s Wife has an affair with Chris Pine’s character of Prince Charming and many of the other characters just ran into each other. This part of the film felt very whimsical and it truly gave the film an edge.
Although there are many  things going for the movie, there are still some faults. Some would say that the film went on for an extra 45 more minutes then it should have. Others would also argue that the film didn’t live up to the expectation that many movie-goers had, considering this is just a remake by Disney. Many felt that a certain edge was taken from the movie because of its affiliation with Disney and the true goriness of the story could’ve been better portrayed.
Although I walked into the theaters waiting to judge the movie harshly because of my love for the actual musical, I was instantly pleased the second the first note of music started playing.