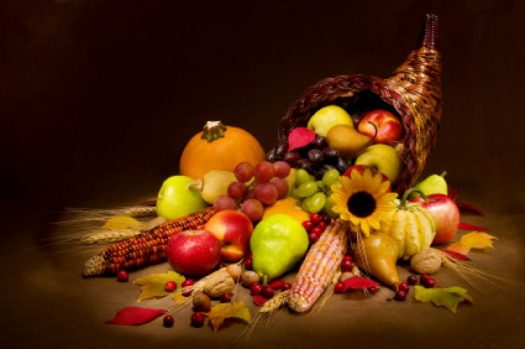 Thanksgiving is a national holiday that celebrates, as the name suggests, things you are thankful for. Lots of people get together with their family and friends to have the staple foods, turkey, stuffing, cranberry sauce, mashed potatoes, and the works. However, there’s a limit to the festivities. CCUSD only gives 5 days for break, unlike other school districts such as LAUSD that give the whole week off. The longer break has a lot of benefits to it.

Besides the normal food, people find it common to spend the holiday with their family. Sometimes people even go to visit (or are visited by) extended family members. But because of the short break, people usually just go for the latter option since 5 days is sometimes a bit too short to travel very far. That means it is harder for people to see their aunts, uncles, grandparents, cousins, et cetera that live hours away and don’t have the ability to travel. It is important to see family whenever it is possible to keep that strong bond.

Some people think it is pointless to give the whole week off since the holiday is only one day and it is only a month before the two week long winter break. Additionally, in the countdown to finals, it is better to have as many as school days left to have the proper amount of instruction and days of review. But this is ignoring the fact that it is only allowing two more days of instruction, which doesn’t amount to much. Plus, when there is a long weekend, teachers are hesitant to teach more material for fear that students will forget it over the extended break. So the two more days of instruction are pointless, and if taken away, would have have the benefit of four more days of break, since then the Saturday and Sunday before would be a part of it.

Thanksgiving isn’t the most important holiday, but it does have its own value. Eating lots of good food, watching the Macy’s day parade or football, and giving thanks for you to be able to do those things. And I am thankful for the fact that I even get the day before Thanksgiving off, because the school district doesn’t even have to give us that. And of course I am thankful for the ability to complain about trivial things. Happy Thanksgiving!