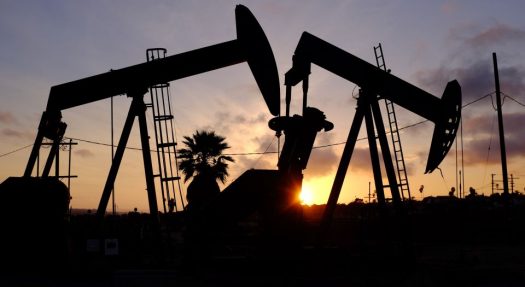 Recently, a drilling company on the Inglewood Oil Field had sparked major concern after announcing 30-40 new oil wells, adding to a prior 41. There will be several drills in use at a time, emitting toxins into the air at least 400 feet away from the public. This can be extremely dangerous.

The Inglewood Oil Field, is already commonly known to be the one of the ‘dirtiest’ fields in the western US. Adding more wells would certainly increase the problem to a point where air quality in Culver City will become worse than the EPA would allow.

As well as air quality, hazardous material risk, and pollution; fault rupture, seismic ground shaking, or earthquakes will be caused by fracking. This would be due to more tension being created by fracking on the fault line that Culver City exists on. Major destruction to property as well as injury or death of residents will result from this.

You might be asking, “why should I care about this?”

Well, as you may have noticed, Culver City High is on neighboring land to the Baldwin Hills and the Oil Fields. It is even possible to see drills working from campus. The bad air quality blowing from the fields to our campus and neighborhoods will cause high asthma risk for many students and residents. On top of this, cancer risk will also increase, especially for those who live near the fields.

A group of student activists, stemming from Jaden Kimura, of the Nature Conservation Club at CCHS decided to make a change. These student advocates went to a City Counsel meeting to protest, give public input, and request more regulations on the fields. Requests included a 2,400 foot set back and less wells being dug. They spoke for the families and children of Culver City who will have no choice but to live with health risks and environmental dangers.

With out public criticism, a Marijuana dispensary would have to be located farther away from residential neighborhoods than toxic oil drills.

The students, citizens of the future will have to live with the impacts of decisions that are made in the present. It is becoming more necessary that we start to make a change in our communities and take control over our future.

Next time you turn to the hills at sunset to take an aesthetic picture, think to yourself: what if there were 40 more wells ruining the skyline? One thing’s for sure, you’d probably not get as many likes on that post as you may want.