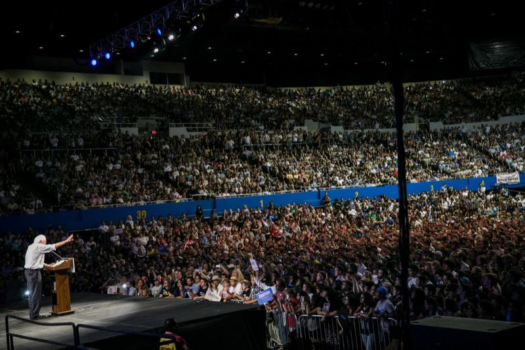 Note: This article does not list all presidential candidates for the 2020 election, recent (it was written in March of 2019) or otherwise.

BERNIE SANDERS (D)
Having been engaged in political activism since the 1960s, Sanders’ electoral political experience began with his joining of the anti-war Liberty Union Party in 1971. His most known policies include free tertiary education and universal healthcare; additionally, he wants to combat economic inequality and prioritizes/supports labor rights.

KAMALA HARRIS (D)
Harris has previously served as District Attorney of San Francisco (2004-2011) and Attorney General of California (2011-2017). She supports the federal legalization of marijuana for recreational use, an increase of taxes on the wealthiest 1% of Americans (and a concurrent decrease in taxes on the working and middle classes), gun control, etc.

KIRSTEN GILLIBRAND (D)
Gillibrand is the junior US Senator from New york; she was elected in 2009 and also previously served as a representative for New York’s 20th congressional district and practiced law. She has advocated for Medicare-for-all (since 2006), gun control, a federal jobs guarantee, economic improvement for low-income families, and the abolishment of ICE.

JOHN HICKENLOOPER (D)
Hickenlooper was elected the mayor of Denver and the governor of Colorado. He supports increasing services for the homeless, cannabis legalization, and gun control; he is also a proponent of greenhouse gas emission reduction, as can be seen in his administration being the first to establish methane-capture regulations for oil and gas companies in the US.

DONALD TRUMP (R)
Trump is the current president of the United States and plans to run for reelection in 2020. He is the first to win without any prior government and/or military service; his policies have been described as populist, nationalist, and protectionist. He supports (and implements) industry deregulation, significant reductions in income tax, and increased military spending.

BILL WELD (R)
Weld served as the governor of Massachusetts from 1991 to 1997 and ran as Gary Johnson’s Vice President in the 2016 election. He is seen as a moderate or liberal Republican: he is fiscally conservative (meaning he advocates for lower taxes, privatization, deregulation of the economy, and reduced government spending), but he is also socially liberal.

BOB CORKER (R)
Corker was a US senator from Tennessee (2007-2019) and Chair of the Senate Foreign Relations Committee (2015-2019). He advocates for reducing the taxation, litigation, and regulation that is imposed on corporations; also, he supports free trade and is anti-gun control. Corker is against health care reform, having voted against the Patient Protection and Affordable Care Act.

LARRY HOGAN (R)
Hogan is currently serving as the Governor of Maryland. He opposed Trump’s decision to repeal DACA and recalled Maryland’s national guard from the border to protest the separation of children from their parents. Additionally, he supports gun control and government reform (especially regarding the disenfranchisement of voters resulting from partisan gerrymandering).

JOE SCHRINER (I)
Schriner has run as an independent candidate for the past five presidential elections, but he will run as an American Solidarity Party candidate in the upcoming 2020 election. The party he is running under is Christian democratic and emphasizes the importance of human rights, religious freedom, family, and community; it also supports a social market economy while still respecting both private property and labor.

JOHN MCAFEE (I)
McAfee, developer of the first commercial antivirus software, ran as a Libertarian candidate in the 2016 presidential election. He has since admitted that he is running with the sole purpose of promoting cryptocurrency. In a recent interview with a crypto trade publication, he said, “No one’s going to elect me President, please God.”