A Project for Better Journalism chapter
The Centaurian
Features, News, STEM and Involvement 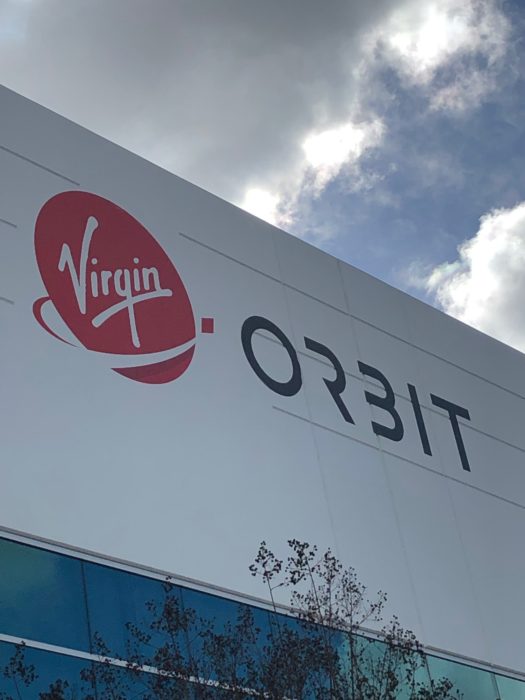 The CCHS robotics team was recently allowed to take a tour of the Virgin Orbit HQ and factory in Long Beach California. The tour was organized by team member Sophie Doumitt, who was able to make some fantastic connections with an employee of the organization. As a private space and rocket organization, Virgin Orbit specializes in small satellite launches, specifically catering to Universities, smaller schools, or companies with smaller scale satellites the size of fridges. Because Virgin Orbit is utilizing cutting-edge technology, the team was not allowed to so much as turn on their phones because of the risk of circulation of top secret images.

The tour started off amazingly, with free candy and life size cutouts of Richard Branson, the company’s founder (and the “bae” of the staff) in a spacesuit. After an introduction, we were allowed to go into the conference room, treated like top priority investors, and given ‘remove before launch tags’, the same as the ones on the actual engine of Rocket 1 (awesome souvenirs if you ask me).

After a presentation and time for questions, we walked down to the enormous factory floor, which was filled with metal printing 3D printers the size of classrooms, lathes, and workshops with the newest high-tech tools and equipment – all enough to make a high school robotics team melt with joy. (I even teared up a little.) We were so distracted by the perfection of the 3D printers that we even missed the huge rocket behind us. Throughout the tour, we were taught about the code programs that Virgin Orbit uses, such as Linux and C++ (for their flexibility and speed), along with uses of materials like carbon fiber as well as the organization’s plans in terms of rocket reusability and unique approach to launching their satellites. As you may know, Richard Branson also owns Virgin Airlines; hence, Virgin Orbit. As one would expect as a result, his connections in the airline industry landed his company with an amazing retired 737 aircraft to launch Virgin Orbit’s rockets, called Cosmic Girl (according to them, it was a perfect-match sign from the universe).

How in the world does the rocket attach to the plane, you may ask? Well, it’s held onto a wing of the plane by a special jig that can release with pilot controls, where aerodynamics, angles, and weight distribution are placed in the hands of Virgin Orbit’s amazing pilot, Kelly, who turns and flips this plane with the skill necessary for a rocket to launch from it. This aircraft launch makes Virgin Orbit so different from its competitors because it allows the launches to be cheaper due to the use of a smaller rocket, less engines, and less fuel. In general, the majority of a rocket’s thrust and fuel is used just to get the rocket out of the first layers of the atmosphere, but Virgin Orbit’s aircraft can raise the rocket sufficiently past the first atmospheric layers. Plus, not having to launch from a specific launch pad can diversify the possible launch trajectories of any payload, with Virgin Orbit’s Cosmic Girl being able to theoretically launch from any airport runway in the world rather than being confined to just three common launch areas.

Not only was this tour fascinating, educational, and jaw droppingly beautiful (from a robotics nerd’s view, at least), to finish it up, we got boxes of Krispy Kreme donuts!

After this gracious tour offered to us by Virgin Orbit and organized by our beloved robotics team rep-in-the-cubeSat-community, Sophie Doumitt, CCHS is one more step closer to a solid partnership/plan to launch and build our cube-satellite with Virgin Orbit.