A Project for Better Journalism chapter
The Centaurian
Features, Showcase 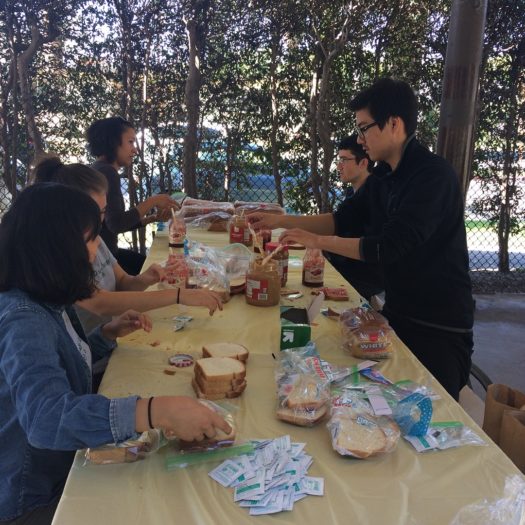 There is a plethora of amazing clubs at Culver City High School. From cultural unions to Dungeons and Dragons, there is sure to be a club that can pique anyone’s interests. Amongst this vast array of clubs, few dare to be as proactive and as determined as STAND, which is the acronym of “Students That Assist Neighbors Displaced.” STAND’s activities revolve solely around the concept outlined in its name.

Homelessness in LA County has been a serious issue since the 1980s and the problem has only grown in magnitude due to a recent surge in the homeless population. The county’s homeless population was estimated at 59,000 individuals in July 2019. It is quickly becoming an unprecedented issue that requires all the support it can get.

Since inaction will only lead to the further perpetuation of this crisis, clubs like STAND have positioned themselves to combat the issue. Spreading awareness about homelessness is among STAND’s leadership’s most essential goals.

Weekly club meetings are held on Wednesdays. Members are educated on club goals and discuss specific homelessness-related issues. Fundraising activities, such as bake sales, are utilized for the dual purpose of spreading awareness and obtaining funds to support club activities directly helping the homeless.

To help prepare the homeless for the harsh winter months, socks were collected and distributed over a five-week sock drive held in November and December. Numerous bake sales were organized and club members traveled to Skid Row to hand out care packages made by club members. More fundraisers and Skid Row outings are planned in 2020, most likely in January and in April, though the exact dates are still to be decided.

STAND President Margaret Wang says she intends to “further expand club activities and reach out to nearby churches and soup kitchens to find more opportunities for club members to help the homeless community.” This expansion will continue to instill in its members both appreciation for their relative comforts and sympathy for those who are less fortunate.

STAND is a prime example of a high school club’s potential and ability to establish an environment that allows students to give back to their community and instill the civic virtue desperately needed in society’s youth.

All in all, STAND’s continuous efforts to both spread awareness about and combat homelessness have helped to not only directly assist in the fight against it, but also cultivate interest in humanitarian activities among the youth of our community, thus preparing a generation to one day find a solution to this crisis.

There are many clubs at Culver City High School that strive to improve the community. STAND is an exemplary resource for students to get involved in their community and could be considered the Gold Standard among clubs.