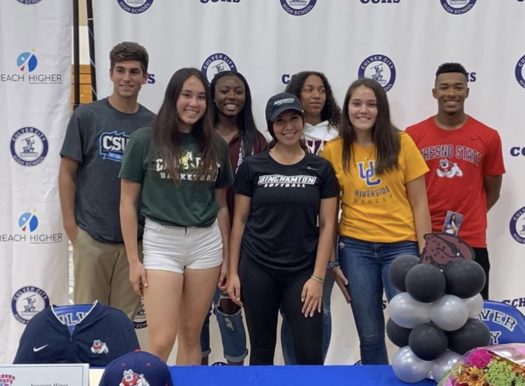 Needless to say, all of these students have demonstrated great success both in the classroom and on the field/court, and they embody what it means to be a Centaur. When asked about the success he’s experienced in both school and sports, Culver soccer captain Curtis Collazos said, “The main thing for student-athletes is that succeeding in the classroom opens so many opportunities through sports.” He also added, “It takes hard work on the field and in the classroom to manage both aspects, but the reward is through the ceiling.” Collazos is one of many impressive Centaurs who’s worked extremely hard to get to this point, as he’s devoted countless hours to do so.

Many people may assume that it was just athletic talent which landed these student-athletes scholarships, but it took much more than that. Hard work, academic success, and character are some of many huge factors that made these opportunities possible, which goes to show how impressive this achievement is.

Considering that this is only the first of multiple signing days throughout the school year, expect several other Centaurs to announce their athletic commitments in the coming months.