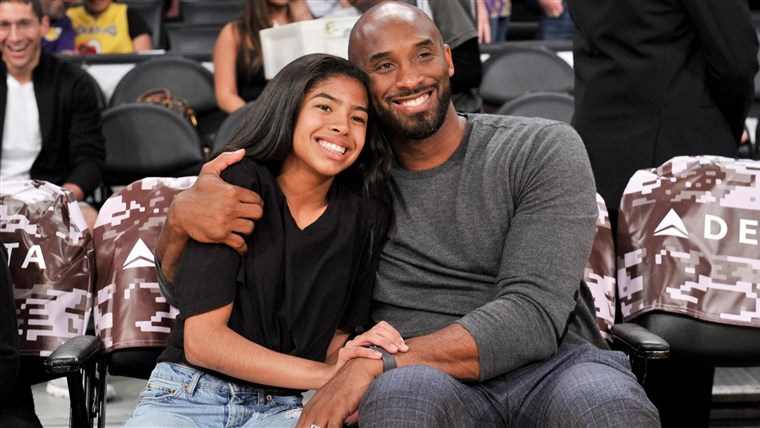 JANUARY 26, 2020 – Los Angeles’ beloved Kobe Bryant died at age 41 in a helicopter crash in the hills of Calabasas.  He died alongside his daughter (Gianna, aged 13) and seven others: John Altobelli, Keri Altobelli, Alyssa Altobelli, Christina Mauser, Sara Chester, Payton Chester, and Ara Zobayan.  Kobe and Gianna were flying the group out to Mamba Sports Academy in Thousand Oaks, California for a basketball tournament when the helicopter went down. As the world attempts to process this tragic event, many come together to mourn over the death of a legend.

As Los Angeles united in remembering Kobe Bryant, many businesses and people expressed their respect for Kobe.  At Staples Center, many fans left flowers, fan art, and posters to show how great of an impact Kobe had on their lives.  Buildings in Downtown Los Angeles, like the U.S. Bank Tower and Los Angeles City Hall, displayed yellow and purple lights to remember the deceased Lakers player.  Additionally, the Intercontinental Hotel at the Wilshire Grand Center honored Kobe by displaying his original number, 8, on the side of the building. Many iconic structures across L.A., like the Santa Monica Pier and the LAX Kinetic Light Pylons, displayed a yellow and purple light show in memoriam.  Kobe’s impact can also be seen across Southern California, as many billboards along freeways were dedicated to honoring and remembering him. For fans both in Los Angeles and all over the world, Kobe didn’t solely impact them as a basketball player, but also as a father and a role model. Kobe was one that many looked up to, and he will forever remain a prominent figure in L.A. history.

Students at Culver City High School also partook in activities devoted to remembering Kobe.  The day after his death, numerous CCHS students honored Kobe by wearing their Lakers’ gear to school, and in the morning announcments, the school held a moment of silence for all of the victims of the helicopter crash.  During lunch, ASB put out a poster that students could sign and write messages to Kobe and his family and that was later placed in front of the Staples Center. Many members of the CCHS community also expressed their respects to Kobe through art. Ms. Grieder, an art teacher at CCHS, had her students draw and color a mini poster dedicated to Kobe and his daughter, and then combined her students’ work into a large mural.  Additionally, CCHS alumnus, Randall Santiago, added Kobe to his mural of iconic American historical figures of color, which can found on a wall by the ceramics classroom. Many students at Culver City High School idolized Kobe and saw him as much more than an amazing basketball player. Kobe was an example of someone that was both dedicated and defied all limits. He was one that many teens could look up to throughout the challenging times of high school.

Kobe is someone that the world will miss greatly and will continue to be a person that many will aspire to be like.  His greatness and dedication will forever be associated with his legacy. #MambaForever