The Key to a 2020 Democratic Victory 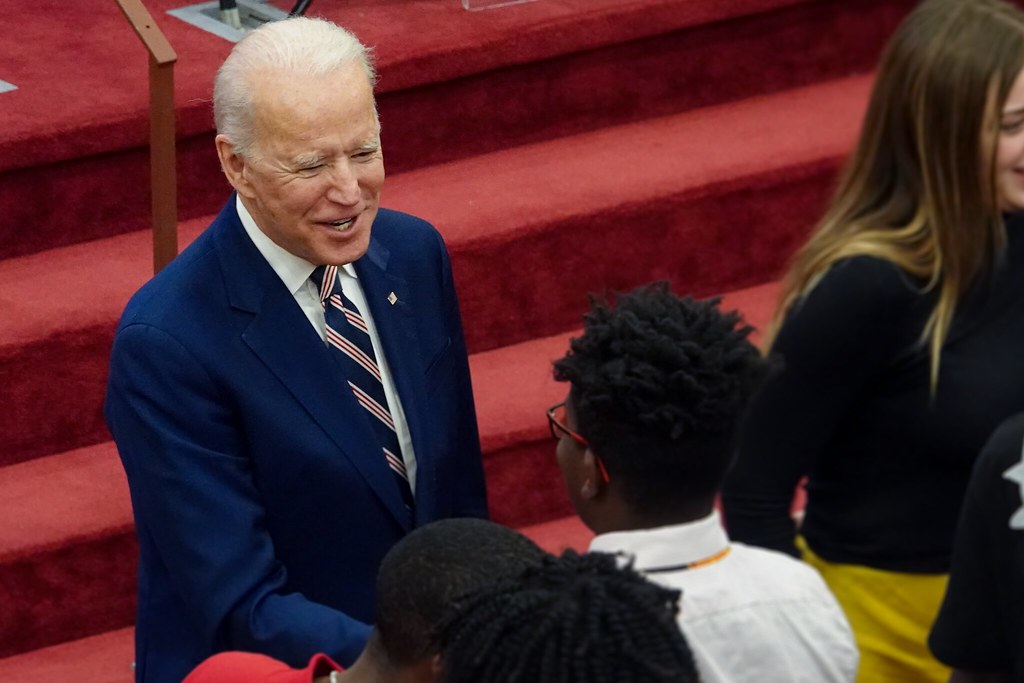 ▲
"Joe Campaigning"
by stingrayschuller is licensed under CC BY 2.0.

▲
"Joe Campaigning"
by stingrayschuller is licensed under CC BY 2.0.

November 8 2016. Election night. The night where millions of Americans were left awe-struck as they witnessed Donald Trump beat Hillary Clinton for the presidency.

2016 was a disaster for the Democratic Party, to say the least. It was projected by almost every news outlet and poll that the election would be won by Clinton, the Democratic candidate who lost despite winning the popular vote. Worst of all, Trump’s victory was extremely preventable. Countless things went wrong in the worst ways possible for Clinton and the Dems, who had been represented by Barack Obama since 2009. As the 2020 election approaches, victory seems less likely for the Democrats than it did in 2016. However, if the mistakes from the last election are corrected, winning could be well in reach.

The key to beating Trump starts with acknowledging the real reasons he got elected. While many Americans may cite several forms of corruption for Trump’s unexpected victory, much more went into play. First and foremost, Trump’s surge in electoral votes was catalyzed by wins in Pennsylvania, Ohio, Michigan, Wisconsin and Florida, states that all voted Democrat in 2008 and 2012. These states accounted for 93 votes and turned out to be the difference in the election’s result. Four of those states are home to large populations of blue-collar workers, a voting bloc that saw several jobs be displaced by automation under Barack Obama, the candidate who many of them voted for.

Considering their favoritism of Obama in 2008 and 2012, it would be reasonable to assume this group would support Hillary in 2016. Unfortunately for Clinton, this couldn’t be farther from the truth. These workers flocked to Trump in large numbers and ended up being the group that put him over the top. And in hindsight, it makes perfect sense.

Trump’s main source of appeal for these workers was his claim that he would restore industry in the area’s once-booming economy. Clinton, on the other hand, made no such promise, evident by her lack of support from them. If the Dems want to win back the Great Lakes region, they’ll need to find a way to take back votes from blue-collar workers. It won’t be easy, as unemployment rates in these states have been on the decline since Trump’s inauguration. The incumbent will likely use these numbers as his main talking points to sway these voters, and could very well be successful in doing so. The Democratic candidate must counteract that by dedicating more time and effort to working-class voters than perhaps any other group. After all, they’re the people who comprise much of the population in crucial swing states.

Another important voting bloc that could decide those swing states along with others across the country are African Americans. Given the fact that they tend to vote Democrat, appealing to many black voters who already lean left might not seem as important as turning to more moderate groups. However, this is a voting group that can’t be taken for granted as history tells us there is a clear correlation between black voter turnout and Democratic victories. They voted in record numbers for Obama and helped him win in several crucial states including a surprise 2008 victory in North Carolina. Contrarily, their support for Clinton was less than impressive as their turnout dropped from 66% in 2012 to 59% in 2016.

Similar to working-class residents, numerous black voters reside in swing states that Trump won in 2016 – states that must be turned blue for a Democratic victory. That, coupled with their likelihood to vote Democrat, makes them instrumental to victories in the Rust Belt. In order to ensure their presence on election day, more must be done to inspire African-Americans to vote. The Democratic candidate needs to stand out in the minds of these voters, who haven’t seen much real change accomplished for them in years. This could include certain actions like acknowledging the struggles African-Americans face in society and then following up with how they plan to logically solve this problem in an achievable way. Saying they believe in social and racial equality is not enough. Instead, actual policies that prompt the systematic change which African-Americans have wanted for so long will be much more effective.

Beating Trump will also require success on the debate stage. As 2016 showed us, debate victories are essential to a successful campaign. These debates can be won with strong policies that appeal to audiences but also with charisma. Coming into his campaign as a clear underdog, Trump’s extreme rhetoric and polarizing persona made him a force in debates, eventually turning out to be one of the primary reasons as to why he won the Republican nomination and later election into office.

All in all, it will be an uphill battle for the Democrats against Trump. For as much flak as he gets, America’s booming economy and low unemployment rate are things that Trump will be able to hang his hat on while he campaigns for reelection. His persona — albeit controversial and a red flag for some — is something that has rallied millions of Americans in support of him, as many feel that they’ll be voting for an authentic human being rather than a corrupt and dishonest politician. Whoever the Democratic candidate is, they’ll have a big challenge ahead of them and will need to fix the mistakes that Clinton made in 2016, specifically by restoring hope and inspiration for the American people.