Football Looks to Bounce Back 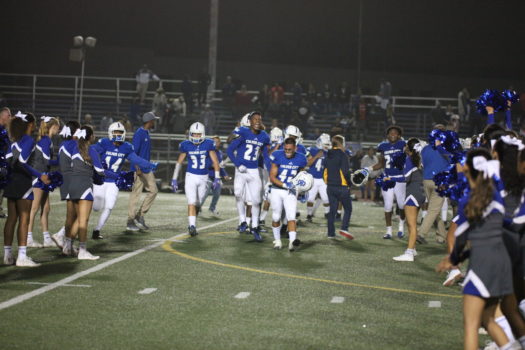 The Culver City Centaurs football team fought to the end against league rival school
Lawndale, but eventually came just short by a score of 34-27. The game was broadcasted on Fox Sports West and was nothing short of exciting.

Following a low scoring first half, Culver rallied in the 4th quarter and nearly pulled off a late game comeback. Senior receiver Kevin McGuire was the Centaurs’ game MVP, as he caught 10 passes for 127 yards and a touchdown, as well as throwing and running for 2 more touchdowns.

On the defensive side of the ball, senior linebacker Cortez Wright lead the team with 16 total tackles coupled with a crucial late game interception. Despite the loss, Culver’s record stands at a solid 5-2 (1-1 in Ocean League).

On this Friday, October 12, Culver City will look to bounce back against El Segundo in the homecoming and senior night game. With 3 league games remaining, the Centaurs will likely qualify for CIF playoffs, in which they’ll compete for their most coveted prize, the Divison 7 Southern Section Championship.