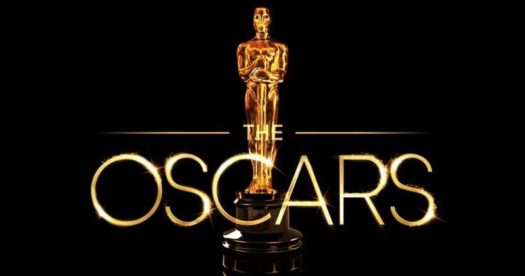 As we near the end of awards season, one of the biggest nights in Hollywood is fast approaching – the Academy Awards. The nominations were announced early January, though they received a slightly above average amount of backlash. The main points of discussion were the accusations against the director of Bohemian Rhapsody and the snubs for films like If Beale Street Could Talk.

The major highlights included Black Panther receiving a Best Picture nomination, making history as the first superhero movie to be nominated. The breakout Netflix film Roma received a Best Picture and Best Foreign Language film nomination. The lead actress, Yalitza Aparicio,  was also nominated, the first indigenous Mexican to receive the honor. She will compete against fellow acclaimed actresses Lady Gaga, arguably the biggest star in the category. Fan favorites Incredibles 2, Spiderman: Into the Spiderverse, and Isle of Dogs are the major contenders for best animated film. Mary Poppins Returns, A Star is Born, and Black Panther, which all produced highly streamed hits, are contending for Best Original Song.

Some of the major snubs were the lack of nominations for critically acclaimed If Beale Street Could Talk for Best Picture and Bradley Cooper for Best Director for his A Star is Born. Toni Collette’s critically beloved performance in horror film Hereditary also received no Best Actress nomination (nor in the Golden Globes). Many fans were also disappointed in Timothée Chalamet’s lack of Best Actor nomination for Beautiful Boy. Emily Blunt’s two critically acclaimed roles in A Quiet Place and Mary Poppins Returns were also overlooked for Best Actress.

Outside of the standard fan complaints, there were major controversial academy decisions that upset more than the film world. Green Book, another Best Picture nomination, was criticized for making light of racial issues. This was followed by controversy surrounding the director, Peter Farrelly. Former employees reported the director’s acts of indecent exposure, which Farrelly later described as a joke and issued an apology for.

But the biggest controversy is that surrounding the multiple nominations of Queen biopic Bohemian Rhapsody (including major awards like Best Picture and Best Lead Actor) in the wake of the film’s director’s multiple sexual abuse allegations. Bryan Singer, director of Bohemian Rhapsody, as well as several other major films like X-Men and The Usual Suspects, has been the subject of controversy before the movie’s production even began. Multiple men, a majority of which were minors, have accused, sued, or are in the process of suing the director for sexual assault. Singer has denied all allegations and settled several of them; however, in the wake of last year’s #MeToo and Time’s Up movements, many find the nominations tone deaf or even insulting to the efforts opposing the protection of powerful men who’ve committed serious crimes. The issue is further complicated by the fact that Bryan Singer was fired from the production midway through, and the cast and crew has tried to erase all semblance of his name from the film.

Overall, like every nominees list, the 91st Academy Awards brought out some opinionated voices. There were some landmark recognitions by the Academy as well as major snubs. It will be interesting to see how the more controversial issues will be handled, or whether they will be addressed at all. With all this fuss about nominations, the 2019 Oscars should undoubtedly be full of surprises.