Opinion: The Need for Moderatism in a Politically Polarized Society 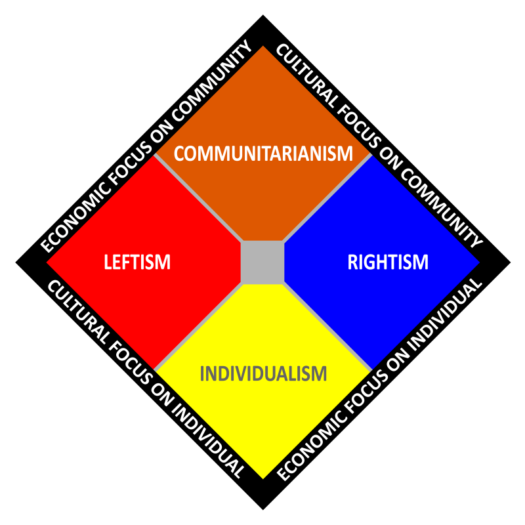 It’s a label of “meh,” as Democratic congresswoman Alexandria Ocasio Cortez put it – a label of being politically complacent for not blindly following the ideals of one of the two dominant parties in modern American politics. A label of mediocrity, perhaps, or indecision.

This label is misguided. This label is what has led America to the politically polarized state that it now finds itself in today – a country split into two, with Democrats on one side and Republicans on the other.

A glance at the news reveals this divisiveness in action, with Democrats still united in a long-standing battle against President Trump, his fellow Republicans, and his declaration of a national emergency on the U.S.-Mexican border. Barring a few Republican defectors, there has been little shifting of sides on this issue – a fact that becomes unthinkable given the controversy surrounding Trump’s policy decisions.

How can one country be separated into such different camps on a single issue? Nuance has been eradicated from political discussion – as in the Mexican border debate, Americans have been increasingly forced to take one of two sides on problems with no clear right or wrong answer. The list goes on and on. Gun control. Marijuana legalization. Abortion. All of the “hot button” issues that politicians seem to enjoy debating about.

This divisiveness goes back to the stance of political moderatism. It is clear that America has been divided based on partisan lines, and unfortunately so. Political polarization has harmed political discourse here in the United States, leading to a populace split into two. Moderatism can change that.

Moderatism is not the stance of complacency. It is the stance of recognizing the nuance that exists in the varied issues faced by our country today. Debate on issues like gun violence should not be divided into black or white, no matter the bombastic declarations of politicians in Congress and the president. It’s not a matter of whether we shouldn’t have gun control whatsoever, or whether Obamacare should be allowed to remain completely intact, or whether Republicans are right, or whether Democrats are right – it’s none of these things.

The world is complex. Political moderatism acknowledges and incorporates that. The problem with our current politicians is that they simplify issues into a pure good vs. evil, depending on which political party they associate with. And because of this, people who join one of the two major parties in America begin to lose their ability to distinguish between the many nuanced shades of an issue.

The best example of how political moderatism can succeed goes back to those Republican defectors in the national emergency debate. Rather than choosing partisanship, these defectors chose the path of nuance – they admitted in spite of their beliefs that Trump, at least in this case, overstepped his legal bounds by declaring a national emergency. They accepted the complexity of the issue. They acknowledged the legitimacy of the Democratic side. They chose the middle path.

And America will be better off for it.