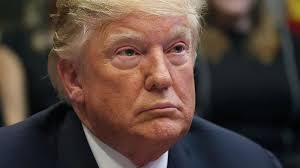 Today’s youth has to be informed on today’s politics and issues. So let’s sit down and talk about the current Trump impeachment inquiry. First, we need some backstory, so let’s take a step back and ask ourselves a question: how did this all happen?

It starts, really, with the Obama administration in 2009, for which Joe Biden serves as Vice President. Nothing shady yet, as far as the public can see.

Today, Joe Biden is running for president 2020, and obviously, Donald Trump sees that as a threat, though not without reason. The former vice president is doing well, with 25% of registered Democratic or Democratic-leaning voters preferring Biden as the Democratic nominee, according to USA Today. He’s second only to Elizabeth Warren, with 28% of Democratic voters leaning in her direction.

How does Biden tie into Trump’s impeachment? Here’s the central allegation against the president: on July 25, President Trump called Ukrainian President Volodymyr Zelensky and pressured him to investigate Joe Biden’s son’s dealings with a Ukrainian company. Only days before the call, Trump had withheld almost $400 million dollars to Ukraine from the United States, suggesting a definite quid pro quo. The phone call transcript has since been released and is available online.

The call was uncovered and reported by an intelligence-community whistle-blower, who filed a nine page complaint which has since been released and can also be found online.

Among other things, the whistle-blower was told by officials that they were “directed” to erase the electronic transcript from the usual computer system where it would usually be stored. This, along with other examples of efforts to erase the phone call, has been seen as misuse of Trump’s office. It seems that he hoped the Ukrainian minister would comply with his request and he could hopefully get some dirt on Joe Biden that he could use in the 2020 election. However, he is using his office for his own political gain, something that the Constitution is clearly against.

On September 24, House Speaker Nancy Pelosi announced an official impeachment inquiry on Donald Trump for breaking the Constitution by misusing his office to seek help from a foreign leader to damage a political opponent.

So, what happens now?

According to the Constitution, the House can impeach a president if they have committed “Treason, Bribery, or other high Crimes and Misdemeanors.” Using your position of power for your own gain would seem to fall under those categories.

According to The Washington Post, if a majority of the Judiciary Committee decides that there are grounds for impeachment, committee members will draw up articles of impeachment and present them to the full House. The House will review the article(s) and vote on whether or not to impeach. If a majority stands to impeach, the House sends the article(s) to the Senate for trial.

So, there you have it. Let’s keep ourselves on top of this inquiry, and stay updated. Only two presidents have ever been impeached before. Let’s see if there’s a third.