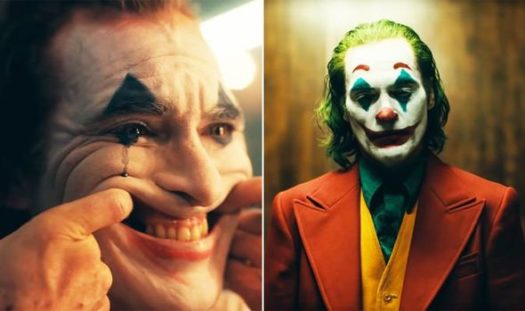 ▲
Before and after embracement of Joker role

▲
Before and after embracement of Joker role

Most of the movies released in 2019 have remained puddled in the bland mud of the traditional action, rom-com, or horror genres, allowing the critically acclaimed drama/thriller film Joker to take the spotlight. Director Todd Philips, who was nominated for an Academy Award for Best Adapted Screenplay, tells a story peppered with death and tailor-made for fans of dark humor.

The main character, played by Joaquin Phoenix, is a new portrayal of the icon known as the Joker. Previously, the lead role was given to Jared Leto, who performed in 2016’s Suicide Squad.

What makes Joker outstanding is DC Comics’ new approach of embracing its darker qualities, rather than mimicking Marvel’s commercially successful and lighter films. Evidently, this has led to an increase in the DC fan base.

One of the film’s most important qualities is its portrayal of immense character development, with the almighty, villainous Joker starting out as a sensitive man just trying to catch a break in the comedic world. He undergoes though endlessly cruel, ego-damaging treatment that would leave anyone else quivering – both physically and mentally.

Joker focuses on an aspiring comedian that, in the end, is simply not yet understood or appreciated by the people of Gotham. For the eponymous Joker, this consequently leads to a downward spiral of immense hatred towards anyone who takes him as a joke. He simply mirrors the animosity caused from these individuals’ words with animosity of his own.

At this point of the story, the perspective becomes unclear on whether or not the Joker is a protagonist or the widely represented and initially assumed antagonist. The upcoming of this movie is of high importance due to its humbling and second perspective of Joker and his backstory. It covers many relatable issues, such as the government showing neglect for its people.

The film escapes the standard, cheesy fight for feminism or diversity and digs deeper on a physiological level – it’s not just, “Whoo! We have someone who’s not white as a main character!”

The movie, Joker, outshines its neighbors and brings to limelight the second side of a story that villains are unjustly stripped of. It’s a tragic, yet rightful, flip of the traditional one way mirror, peering at the less fortunate.