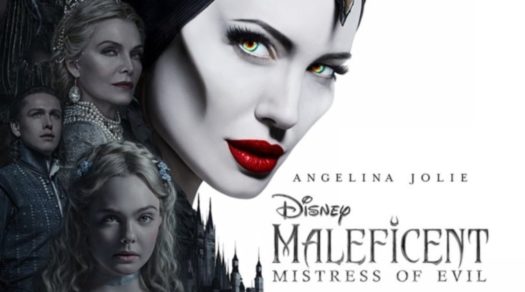 Maleficent is the first movie in a two-movie franchise and the precursor of the sequel Maleficent: Mistress of Evil.  These movies are both inspired by the original movie Sleeping Beauty.

Although the movie has been only newly released, Maleficent: Mistress of Evil is not that far off from its first film’s rating on Rotten Tomatoes. Maleficent received a 53% on the site, while Maleficent: Mistress of Evil received a 41%. The percentages on both movies aren’t that high, which means that the people who watched it didn’t necessarily love the movies but didn’t hate it either.

In our opinions, we both thought the movies were well told, and had great story lines. And while we thought the first movie was good, we felt that the second movie had us feel more engaged while watching. When we watched Angelina Jolie (playing Maleficent) and Elle Fanning (playing Princess Aurora) in Maleficent: Mistress of Evil, we saw a definite change in their characters from the first movie.

Angelina Jolie’s character grew from someone who would do anything to get her way to a person who is more caring and compassionate towards both her daughter and even her bird Diaval. Another character who experienced development was Princess Aurora, which we felt became wiser as the new Queen of the Moors.  Overall, we feel that Maleficent: Mistress of Evil was a well made movie and should be very enjoyable for people of all ages.