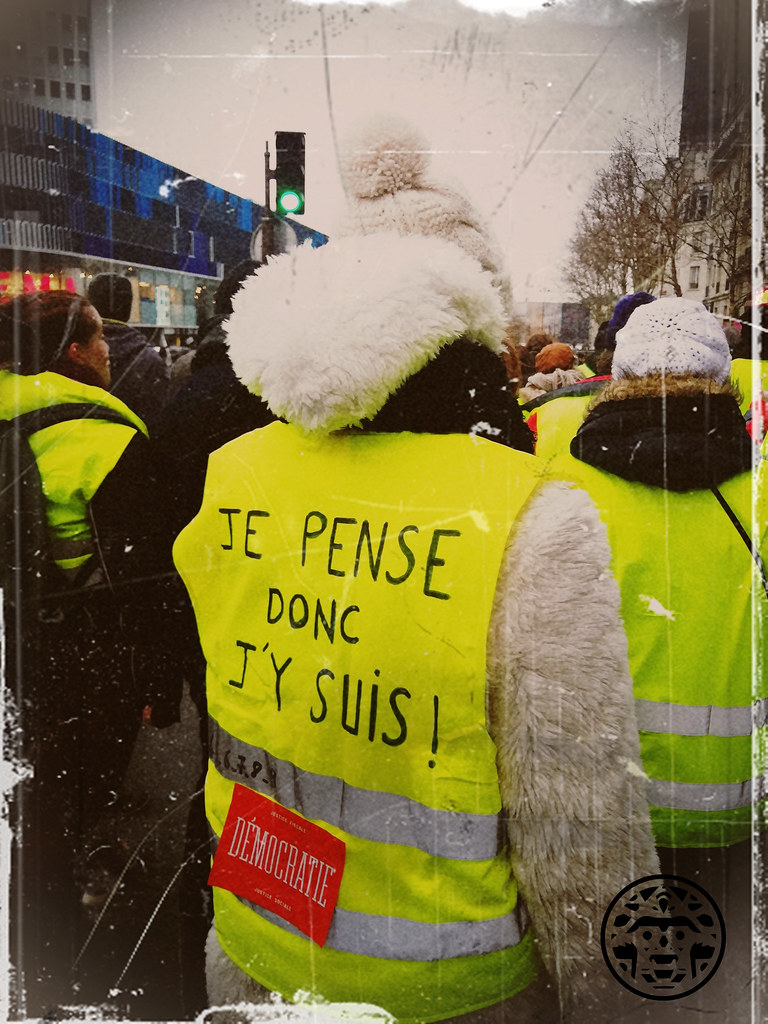 ▲
A person in a yellow vest

▲
A person in a yellow vest

Translation: I THINK THEREFORE I AM

Once again, there are protests going on in Paris. They first began in October 2018; the people of France have been protesting even since the government increased fuel taxes. Multiple protests are going on throughout Paris, with some of them peaceful and others destructive.

The most recent protests are also dedicated to marking twelve months since the start of their protest movement aka when the protests first started. The protesters are wearing yellow vests that symbolize a French law that states that all motorists are required to keep these yellow vests in their vehicles and wear them in case of an emergency.

My opinion on this event is that while I do think the issues for which these people are protesting are unfortunate, I don’t think that people should be getting out of hand and destroying things on the street that they don’t own.  It is also sad how many people got arrested because of this and their silly mistakes.

One article states, “173 people were arrested in Paris on Saturday (according to when the article was released)” and that “nationwide, police made 254 arrests.” That are a lot of people who happened to get arrested but like I mentioned earlier, not all of the protesters were destructive but some of them were also peaceful. Because of the arrest of these protesters, people began blaming the police and saying how they are being unfair and should let some of them go. I don’t think that this is very fair of them to say because they are just doing their job and trying to keep everyone safe from all the danger.