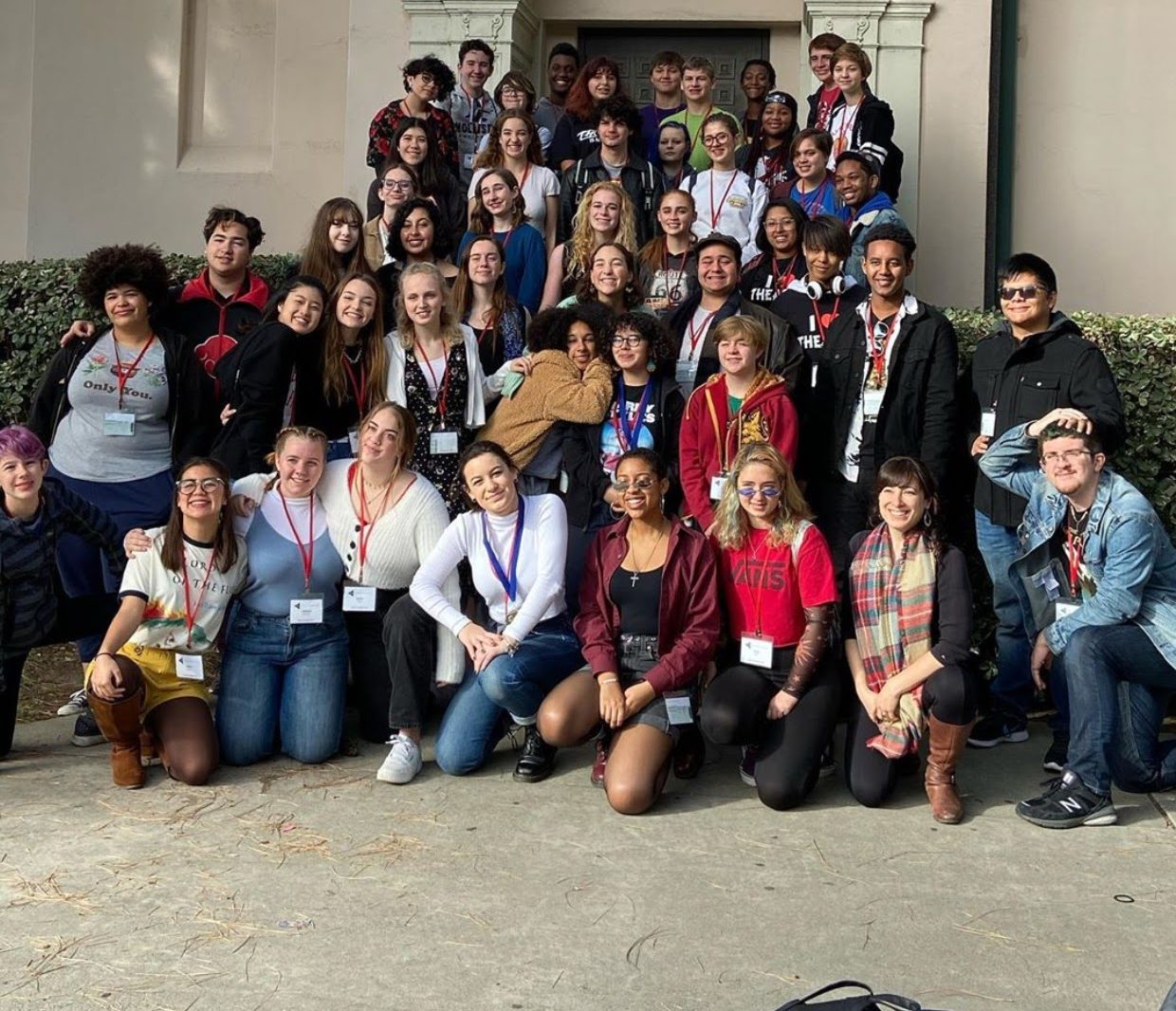 Every year, students in AVPA Theater have the opportunity to attend a theater festival known as CETA (California Educational Theater Association) over Martin Luther King Jr. weekend. Both technical theater members and performers take part, making it a well-rounded experience for everyone. This year’s festival was held last weekend from Friday to Sunday evening, and was quite eventful.

CETA invites schools from all over Southern California to come to the festival, and the schools are broken up into four areas. Over the course of the weekend, four plays are put on, each of them being voted as the best from their area. CETA adjudicators visit all of these schools, where they watch and evaluate the plays that are put on.

CCHS was not chosen this year to perform Lord of the Flies, but several awards were given out to students from our school.

Kacey Oschack and Sophia Lafaurie won director’s awards, meaning that Lord of the Flies director Ken Sawyer thought of them as the best cast and crew members in the production. Zoe Alamillo was given an adjudicator award for the costumes in CCHS’s play. This is an extremely impressive award, meaning that one of the CETA judges was highly impressed with Zoe’s work, and found it very memorable. Additionally, the trailer for Lord of the Flies, created by Alex Dashwood with the help of AVPA Film, won third place out of all of the trailers in the entire festival.

The most prestigious award given out to one of our students was the Senior’s Acting Scholarship, given to Ryanne Biernat. Eighty-one seniors auditioned for this scholarship, and only five of them were awarded it. Kacey Oschack was also one of the final thirteen contenders for this scholarship, which is highly impressive.

CETA has a lot of moving parts on top of awards and award-winning plays. On Saturday, students signed up for two different workshops, where they reached out of their comfort zones and learned more about theater. These workshops ranged from learning audition techniques to getting better at dancing and everything in between. Workshops about lighting and sound were also included, in addition to many others.

Along with the bigger attractions, a film festival and festival of scenes were held. Awards were given out for both of these, and the winning pieces were put on display and performed for the entire audience. Also, the second and third place plays from each areas either performed a scene from the play, or a ten minute piece that summed it all up.

CETA holds an important place in the heart of CCHS’s theater kids each year, and this year did not fail to disappoint.