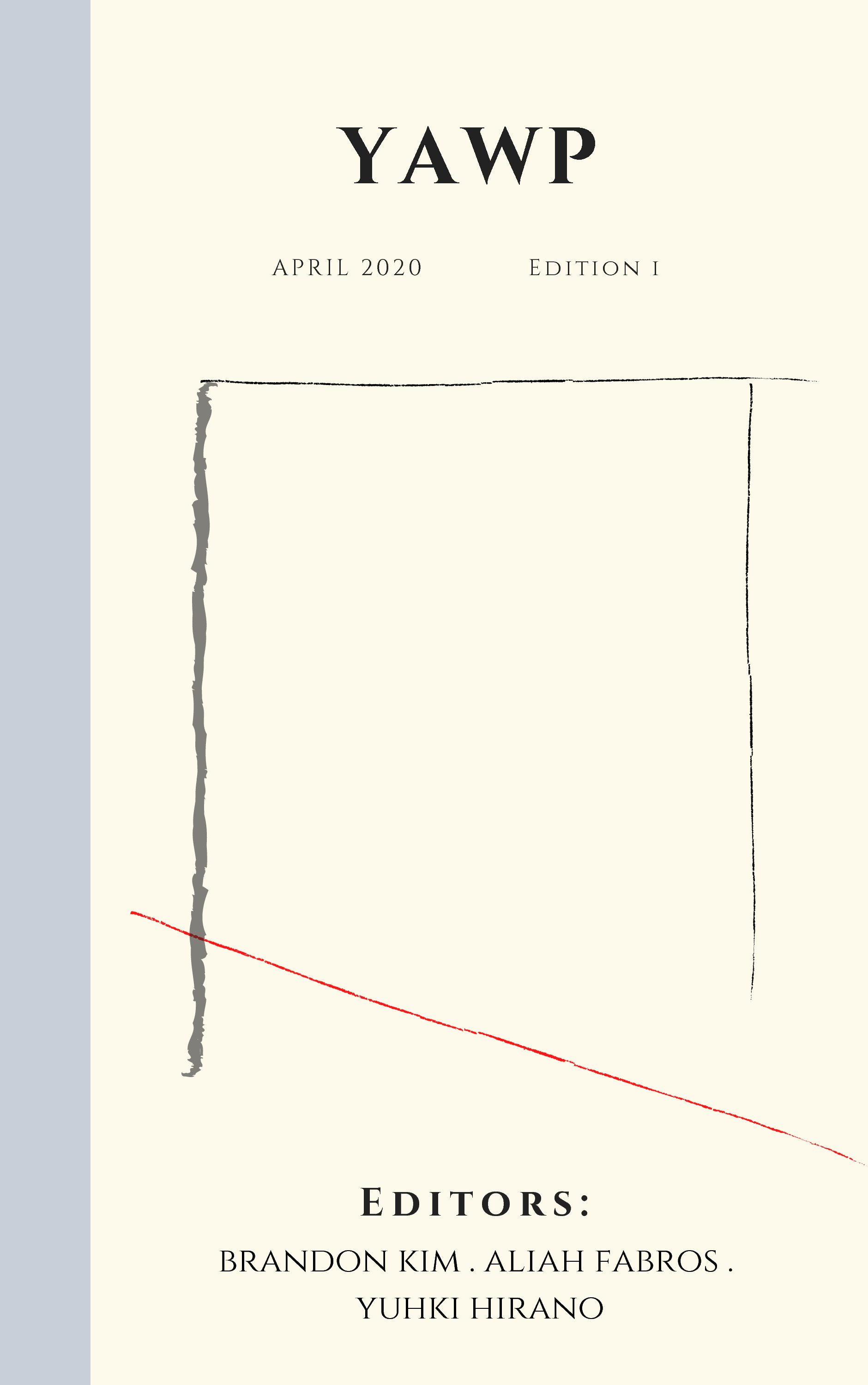 ▲
The cover of the first edition of YAWP.
Yuhki Hirano

▲
The cover of the first edition of YAWP.
Yuhki Hirano

This past May witnessed the publication of the first edition of YAWP, a new, homegrown literary journal aimed primarily at high school and college students.

This is a journal founded by me and two of my peers – Yuhki Hirano and Aliah Fabros, both of whom are rising seniors at Culver City High School. In the works since November of last year, it’s a project that hopes to provide an outlet for student voices, which I believe have found increased value in this turbulent time of pandemic and protest.

YAWP hopes to especially attract emerging writers, who might otherwise not have had an opportunity to have their work published before. It also hopes to publish writing that leans a bit more unconventional than most, something that we’ve found to be a distinctive feature of teen writing.

YAWP publishes pieces in four genres: fiction, nonfiction, poetry, and screenplay. The journal, which can be found online under yawpjournal.com, hopes to release its next issue sometime around mid-July.