A Project for Better Journalism chapter
The Centaurian
Health and Wellness

How Social Media Affects Us 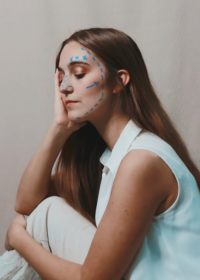 Social media has become an enormous part of our everyday lives, and influenced a lot of our society as a whole. There is a lot of good that has come out of it – social media has provided a sense of a community, helped people raise awareness about issues around the world, and allowed people to learn more and expand their knowledge. Although there are a number of positive impacts caused by social media, however, there are also many negative things that are occurring because of it. In the wake of social media’s rise, there has been an increasing rate of mental health issues, physical dysmorphia, and device addiction issues in teens.

Many studies have proven that social media is linked to anxiety, self-esteem issues, depression, loneliness, insomnia and many other forms of mental health issues. Because of social media, the rates of anxiety and depression have increased 70% in the past 15 years. Levels of sleep deprivation and insomnia have also skyrocketed due to exposure to artificial light from electronics. These artificial lights disrupt sleep patterns and decrease melatonin. According to studies, 73% of  heavy social media users report feeling lonely, compared to only 52% for light social media users.

Moreover, there is a new diagnosis nationwide called “snapchat dysmorphia”. People are getting plastic surgery to look more like the filtered version of themselves in apps such as Instagram and Snapchat. It’s a version of a body dysmorphia which causes people to become obsessed with their appearance. With constant social media usage comes increased self-evaluation and self comparison to unrealistic beauty standards, which ultimately brings down one’s feelings of self-worth.

Another problem is social media addiction. 210 million people worldwide suffer from social media and internet addictions. The cycle of dopamine is the main reason that it is such an addictive platform. Dopamine is a chemical that contributes to feelings of pleasure and satisfaction as part of the reward system. This makes it easy to get stuck in a dopamine loop. For example, the cycle of posting a picture, getting likes, feeling acknowledged by others, and then posting more pictures so you can get the same response and feel the same pleasure. This cycle doesn’t happen by accident,  it is designed to be addictive so that these companies can profit off of your engagement time.

In conclusion, it is important that we re-evaluate how we use social media so that it can be used as a positive platform in our society. When we catch ourselves overusing social media, comparing ourselves, or feeling mentally drained because of it, it is important to find an alternative way of spending time.